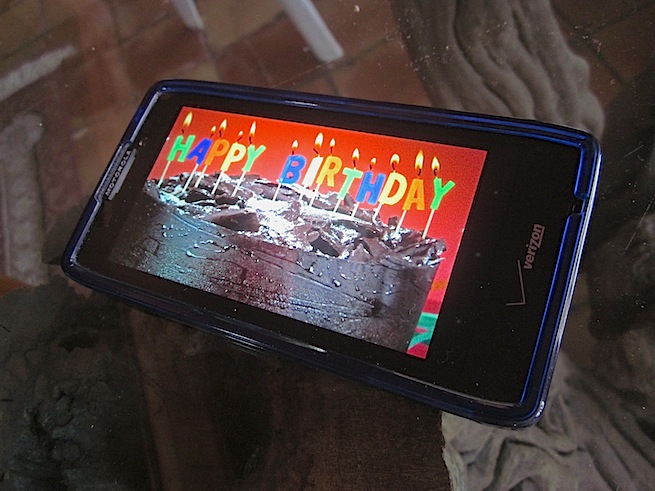 We remember the day you were born, April 3, 1973, like it was yesterday. Your father, Martin Cooper, was at Motorola and we were all, “It’s time!” and he called up a friend to say, you, “a ‘real’ cellular telephone” was here — we think you might have had an evil twin.

You have a helluva figure now, but you weren’t always that way. You started out with a boxy frame that barely fit in anyone’s hands, though those Saved by the Bell kids sure looked cool using you. Remember when you had that antenna in the ’80s? We are so glad you slimmed that down, we were worried it was going to be permanent.

Over the years, we’ve watched you get smarter, too. When you first came out, we thought all you’d be able to do was make phone calls. But quickly you learned how to handle our emails, let us send text messages to our friends, and in 2007, when you graduated to a “smartphone,” you became a staple in our lives we simply couldn’t live without.

So, here’s to you, cell phone. You’ve come so far (and had some really great face-lifts) and become a huge part of our lives.

And when those younger folk like Google Glass come in, don’t feel too threatened. Sure, they might be the younger, sleeker models, but no one will forget how great you are. You know. When you’re dead.