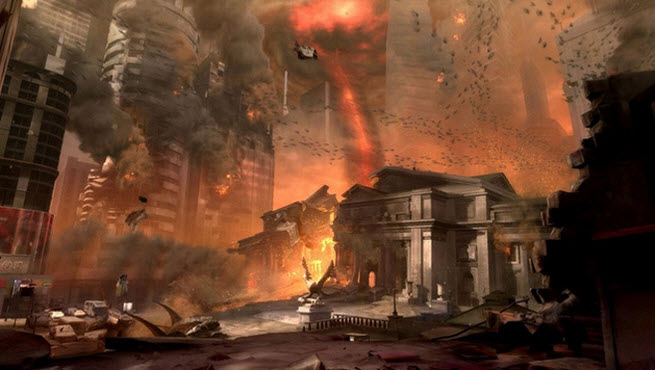 Id Software is one of the pioneering studios of the game business, but what has it done for its owners lately? That’s the question at hand as Kotaku reported today that id is in trouble after its parent company ZeniMax canceled Rage 2 and asked id to completely rework Doom 4.

Doom 4 has been in the works for five years, and Kotaku reported that the studio has little to show for it despite a major reboot. The publication cited multiple unnamed sources for its story, but Bethesda Softworks, the sister company for id under the common parent ZeniMax, issued a statement that corroborated the troubles in the development of Doom 4.

Pete Hines, a vice president at Bethesda, said in a statement, “An earlier version of Doom 4 did not exhibit the quality and excitement that id and Bethesda intend to deliver and that Doom fans worldwide expect.  As a result, id refocused its efforts on a new version of Doom 4 that promises to meet the very high expectations everyone has for this game and this franchise. When we’re ready to talk about the Doom 4 id is making, we will let folks know.”

Bethesda declined to comment on Rage 2. Such a stumble is not unusual these days, as major projects turn into multi-year nightmares. But it is a rare misstep for a studio like id, whose tech director is the legendary John Carmack and whose designers include veterans like Tim Willits. ZeniMax, which already owned Skyrim maker Bethesda Softworks, acquired id Software in 2009.

Rage was a highly anticipated title when it debuted in October 2011. But it barely received generally favorable ratings (an average score of 81 out of 100 on Metacritic), and it came out later than expected; development took an estimated seven years. The title was based on the company’s OpenGL-based proprietary id Tech 5 game engine developed by Carmack. The 3D graphics were very advanced, but reviews criticized the story and multiplayer features. The title sold a reported 2.3 million copies worldwide, relatively small given the huge investment in time.

After the weaker-than-expected performance of Rage, id Software evidently decided to reboot Doom 4, which had already been in the works for three years. Carmack first announced that Doom 4 was on the way at the company’s annual QuakeCon event in 2007. Id had split into two big teams with one doing Rage and another doing Doom 4. Screenshots finally leaked for Doom 4 in February alongside rumors that the game had been canceled. By contrast, Bethesda’s major game, The Elder Scrolls V: Skyrim, sold more than 7 million units after its release in late 2011.

At that point, ZeniMax management examined the results, canceled Rage 2, and ordered id to focus on just one big game, Kotaku wrote. ZeniMax management reportedly told id that it was running the risk of a shutdown if it didn’t get the game out within the next year. Or, more likely, ZeniMax may clean house.

That wouldn’t be unheard of given today’s news that Disney has shut down LucasArts, which was once a cash cow for Star Wars games.