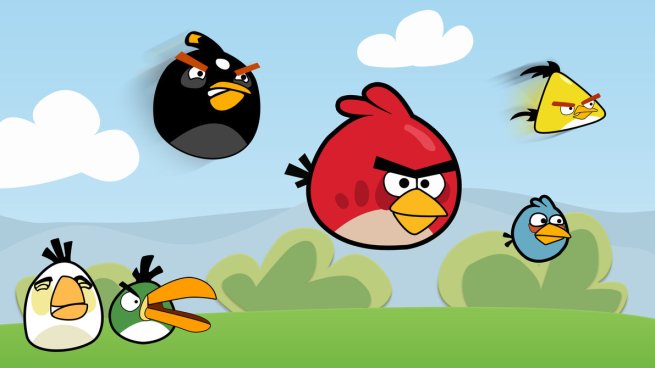 Rovio may make games about livid fowls, but the studio is cashing large enough checks that it should start developing titles about happy bank accounts any day now.

Rovio Entertainment, which produces Angry Birds and several other mobile games, announced its financial results for 2012 today. The studio reported revenues of nearly $195 million on the strength of its games and consumer products. That’s up 101 percent from $97 million in 2011. Earnings before interest and taxes are up 50 percent from $60.2 million in 2011 to $98.5 million in 2012.

“Year 2012 was another record-breaking year for Rovio,” the developer’s chief financial officer Herkko Soininen said in a statement. “We doubled our revenue with an EBIT margin of 50%, more than doubled our headcount, established new offices, and a new business ventures unit. Also, to protect our own, as well as our partners’ and our fans’ interests, we continue to invest heavily in brand protection globally.”

The other major area of growth is Rovio’s consumer products line of toys, branded peripherals, and smartphone cases. That sector tripled for the developer and generated nearly 45 percent of its total revenue.

“Rovio has grown from a phenomenon to a very successful global business,” Rovio chief executive officer Mikael Hed said. “In 2010 we set out to build an entertainment company and after last years performance we are on a strong path to achieve our goal.”

Going forward, Rovio has new titles, consumer products, and entertainment releases in the works. The company just announced that it is bringing its social Facebook game Angry Birds Friends to mobile devices in the near future. It is also working on an Angry Birds cartoon.

“We have had a stellar start for this year,” said Hed. “In addition to our successful games portfolio, we recently launched our first Angry Birds Toons series through third-party partners and our own in-game distribution channel. We will continue to strengthen our position in the entertainment business through continuing to innovate on our existing brands, exploring creating new IP as well as exploring opportunities with external parties.”

In addition to the cartoon series, Rovio is also working on an Angry Birds movie that is due in theaters in 2016.