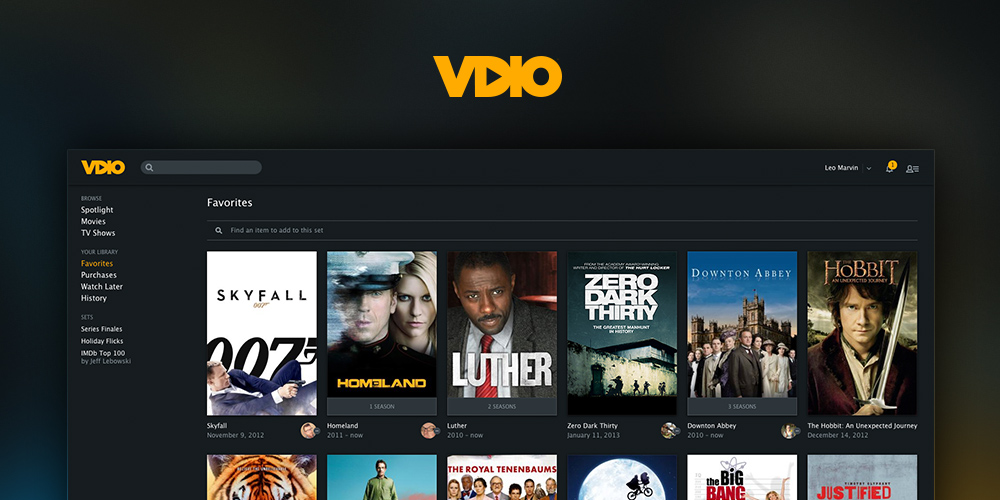 The creators of streaming music service Rdio have finally launched their take on digital video through a new service called Vdio.

But fans of Rdio’s model (unlimited access to all the music you can stream for $10 per month) will be disappointed: Vdio is similar to Rdio only in name. It’s really just another online video store.

The site, which officially launched today, sells customers movies and TV shows a la carte. Right now the service is in beta testing and only available to paying Rdio subscribers, who get a free $25 credit to buy videos. The service’s library appears to be pretty broad with content from all the major film studios and TV Networks, including Disney, Fox, Warner Bros., Universal, NBC, CBS, ABC, Fox, and many popular cable channels. (Sorry, Game of Thrones fans, no HBO to speak of, although GigaOM is reporting that Vdio hopes to add that content in the future.)

Customers will buy access to each video through Vdio’s platform, which is available via web browsers and an iPad app. Presumably more devices will follow as the service grows and opens up to the public. It doesn’t look like there’s an offline viewing mode either, which means you’ll need to have a reliable Internet connection. You can only make purchases through the Vdio website, not the app — which makes sense considering that Apple takes a 30 percent cut on all in-app purchases.

Basically, Vdio is directly competing with Apple’s iTunes store, Walmart’s Vudu, Flixster, and Amazon’s video store (not counting the Prime service). That may be a bit of a disappointment for people who were hoping the Rdio folks would go for a subscription-based route.

While there are already a slew of dominant players in the digital video store world, there’s always room for more choices. Vdio is trying to win consumers over with the same sort of content recommendation features that it uses for Rdio, which includes your previous content consumption activity as well as the activity of your friends and family members.

Vdio will tentatively open to the public later this summer, with plans to launch in other countries like Canada as well.