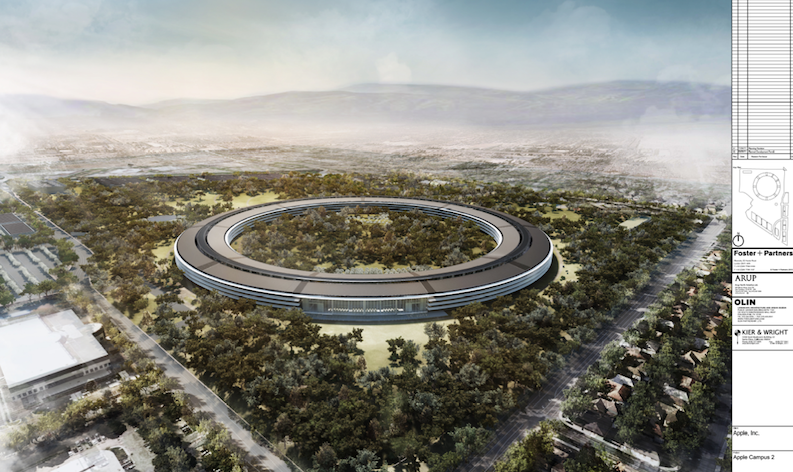 The edifice complex is alive and well in Silicon Valley, as Apple’s new solar-powered spaceship campus is expected to cost 66 percent more than initially planned, and Apple’s move-in date has been pushed back a year.

Costs have ballooned since the full plans for Steve Jobs’ anticipated $3 billion futuristic office building were published by Cupertino’s city council, according to a new report from BusinessWeek. And as previously reported, the move-in date has been pushed back again from 2015 to 2016.

This is a project that Apple cannot cancel, for two good reasons, but it is also a project that is a massive problem for the leadership of the Cupertino company.

Apple seems under constant sales, revenue, and market share pressure, which has pushed its share price down hundreds of dollars and its market capitalization down hundreds of billions of dollars, so building a massive and incredibly expensive monument in which to work seems like the wrong focus.

In other words, it has bad optics.

But Apple can’t cancel the project because this is its spiritual leader’s legacy. It’s the building that Steve Jobs helped design and the building he said he hoped architecture students the world over would come to see and learn from. As such, canceling the project would be brand suicide.

And Apple can’t cancel the project because it absolutely needs the space. Head count has grown from just 10,000 in 2002 to over 50,000 in the U.S. alone, and Apple has been leasing buildings and building satellite campuses to house all those workers.

So the company is looking to shave a billion dollars from the cost, BusinessWeek says, by being a little less detail-oriented about the fit and finish of the building, which was to have been built to iPhone-level quality standards.

The question is, does that cut also compromise part of Steve Jobs’ legacy.