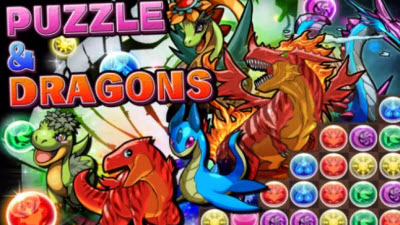 GamesBeat: What is it about the game that makes people spend more?

Morishita: As far as monetization, there are four basic things. One is the ability to continue after a “game over.” Another is the stamina bar, which is necessary to continue playing in newer dungeons. That depletes as you enter, and it recharges after a couple of minutes. Without that stamina, you have to wait. If you want to completely recharge, though, you can pay for it. Third, there’s something called the monster box, where people can collect more and more monsters. There’s a limit to that, so you can spend money to make it bigger. The last thing is the rare egg machine. You can spin that to get rare monsters that are more difficult to collect in the dungeons.

We notice that newer users to spend more money to continue playing after they die. Eventually, after they get more into the game, they start wanting more rare monsters, so they start spending on the rare egg machine instead. It’s interesting to see that shift.

We made sure that there’s a balance between luck and your own personal growth. You get better at the dungeons as you play, but that’s balanced well. In the puzzles, for example, when you match three orbs of the same color, it drops down and you get new orbs. But you don’t know what color those are going to be, so luck is still a factor. There’s always a chance of a surprise when you get some more combinations right away.

GamesBeat: What do you think your success tells us about the state of the game industry?

Morishita: When it comes to the mobile gaming market, I feel like it’s still going to grow and reach new users in the coming years. It’s a good entryway for nongamers. People who haven’t played games in a long time, or who never played games, it’s more accessible to them.

Personally, I still enjoy console games more than mobile games, but when I compare the two, I think console games are kind of like the entrée, the main dish. Mobile games are more like a snack or a dessert. I can just pop a bite in my mouth very quickly – one bite here, one bite there. For the main course you might have to sit down and take your time for an hour. But they’re both good. It’s not like one is more fun than the other.

GamesBeat: What kind of opportunities do you have for expansion at GungHo? Do you plan to add more developers or more studios? Are you thinking about expanding into new territories? Are you planning to stay with console games?

Morishita: GungHo will definitely keep on releasing console games as well as mobile. As far as territories that we’re working in, that already includes Asia – with countries like Taiwan and Hong Kong – as well as Europe and the U.S. As far as PC games, we’ve already released those in 67 countries. We don’t have any plans to acquire any new studios.

GamesBeat: Games like Angry Birds have been successful, but the big question has always been how long they’ll last. What do you think about how long Puzzle & Dragons will last? Zynga bought OMGPOP for Draw Something right at the wrong time – it bought the studio, and Draw Something fell off very quickly afterward.

Morishita: For Zynga, it’s unfortunate that they bought that company at the wrong time. It was bad luck. As far as how I think we can avoid that, first of all, I’m not interested in buying up companies that are doing well just for our benefit. The big difference when you compare GungHo and Zynga, their CEO isn’t a game creator. Their mindset is different. I don’t think their way is wrong, necessarily, but I have my own way of doing things.

GamesBeat: How long is it until we start to see Puzzle & Dragons get its own clothing line?

Morishita: We’ve actually already started. [Laughs] We have a dedicated merchandise business, with about 100 items.

GamesBeat: Have the mobile messaging platforms made a big difference, like LINE and the others?

Morishita: I don’t think they’ve had such a big influence on our viral growth. It was more based on Facebook or Twitter. Also, on the trains in Japan, you always see people playing games sitting next to you. You might be curious and ask them what they’re playing. At school students are playing between classes and they talk about it. That’s a big part of it.

GamesBeat: Those mobile messaging networks like LINE are doing really well. Is there a way for you to exploit that at all in other games? Do you expect that’s going to become a gigantic channel?

Morishita: We don’t plan on using or exploiting the popularity of mobile messaging platforms. I don’t like following other people’s trends. [Chuckles]

GamesBeat: Those seem like very lightweight games, too. They’re not core games.

Morishita: I don’t think lightweight apps or games are necessarily a bad thing. But they need to have some depth behind the casual ease of getting into them. We have an extensive knowledge of RPG and action games – we’ve been working on those for the last 10 years – so we’ve been able to add those elements and use that part of our background to create these sorts of mid-core games.

GamesBeat: Do you have any advice for aspiring game developers?

Morishita: It’s natural that if you want to make a living out of this, you have to think about your time, energy, money, and other resources. That’s all part of any business. But one thing I can say is remember why you wanted to be a creator in the first place. Don’t lie to yourself. You should enjoy what you’re doing. If you have any doubts or unclear feelings, you’re not going to make a good game.