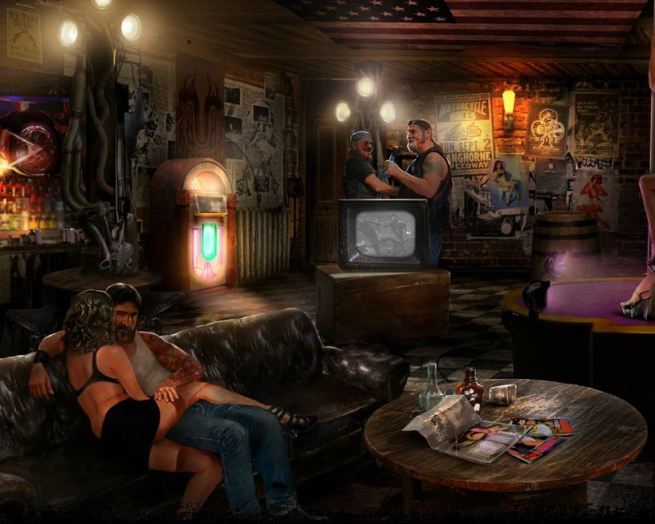 If you’re like me, you wear your leathers no matter what game you’re playing. I just feel cooler when I’m rocking my knock-off Hell’s Angels digs while catching ’em all in Pokémon Black 2.

The Ride to Hell universe is a violent and mature world of biker gangs and crime. Each will introduce unique gameplay on different platforms this summer.

Ride to Hell: Retribution from developer Eutechnyx (due out June 25 on Xbox 360, PlayStation 3, and PC) follows roguish rider Jake Conway as he gets his revenge against The Devil’s Hand, probably for looking at him the wrong way.

Ride to Hell: Route 666 from studio Black Forest Games is also due in June, but it will debut on Xbox Live Arcade, PlayStation Network, and Steam. It’s a tactics title that deals with the logistics of running a biker gang. Players will attempt to conquer the famous Route 66 while presumably keeping the bikers well fed with liquor.

Finally, Ride to Hell: Beatdown is a brawler for mobile devices. Deep Silver released the following trailer for Beatdown:

Deep Silver and Eutechnyx originally intended to release a Ride to Hell game back in 2009, but it dropped off the radar until now. The publisher worked with writer Tom Smetham on Retribution’s script.