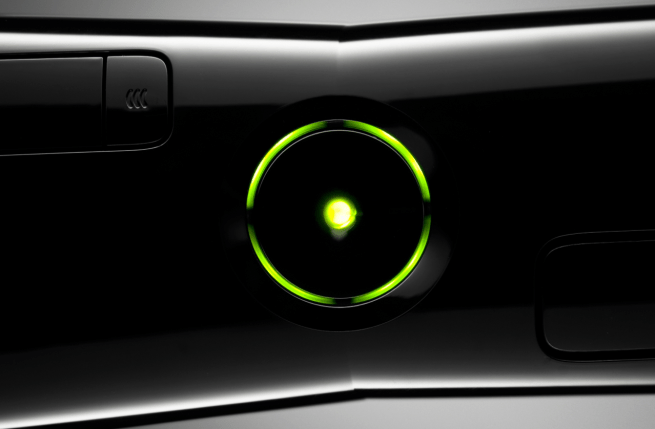 Microsoft apparently has a new public-relations strategy: insult fans until they agree.

That’s how Microsoft Studios creative director Adam Orth came across on Twitter yesterday when he commented on the rumor that the next Xbox will require a constant Internet connection to play games. The company has never even confirmed the existence of a new console, but that didn’t stop Orth from weighing in.

“Sorry, I don’t get the drama around having an ‘always on’ console,” Orth wrote on Twitter. “Every device now is ‘always on.’ That’s the world we live in.”

That’s a controversial opinion among gamers, especially after games like SimCity and Diablo III suffered major issues due to their always-on requirements. Sony has already confirmed that the PlayStation 4 will not require an Internet connection to access disc-based games.

Orth went on to argue the subject with BioWare developer Manveer Heir: 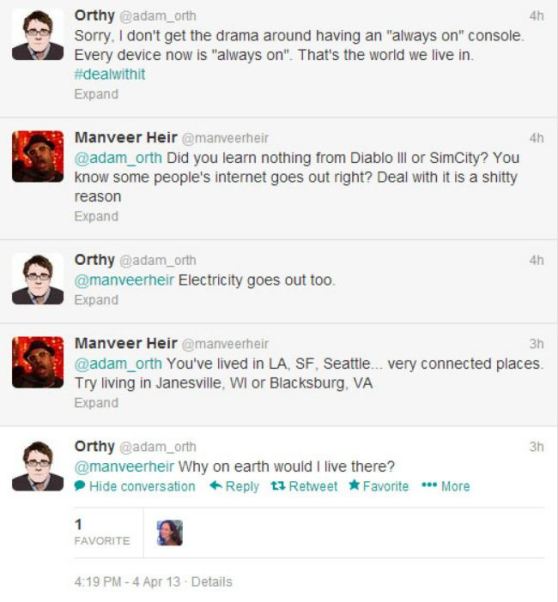 Naturally, this offended some people who live in towns like Janesville and Blacksburg. Orth later apologized.

“[That was] just the normal daily back and forth I have with Manveer,” Orth wrote on Twitter later. “Apologies for offending non-cities. I was trolling him personally.”

As odd as Orth’s abrasive demeanor on Twitter is, his attempts to justify a console with constant digital-rights management is even stranger. In his conversation with Heir, Orth claimed that “electricity goes out, too,” meaning an unreliable Internet connection shouldn’t stop someone from purchasing the next Xbox. He expanded on that thought in a series of analogies: 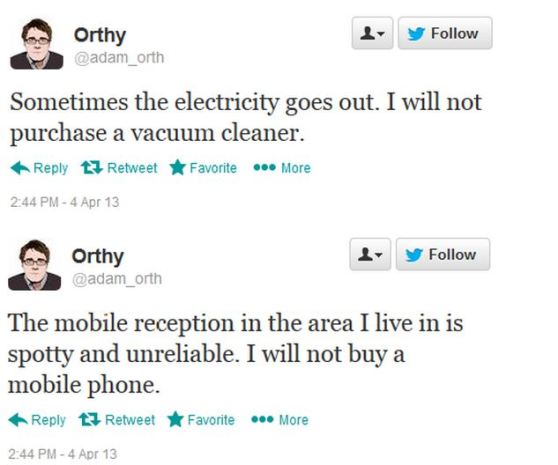 Of course, as many gamers pointed out on Twitter and message boards, those analogies fall apart under a little scrutiny.

Vacuum-cleaner and mobile-phone vendors would both opt to make products that do not require electricity or a reliable cell network if they could. The technology is not yet available for them to avoid those prerequisites. Tesla didn’t have time to invent the self-powering vacuum.

On the other hand, gaming consoles have worked without an Internet connection from the very beginning. In fact, people played games on systems like the Nintendo Entertainment System before the public Internet even existed.

This is not some technical hurdle that Microsoft can’t overcome, as Orth suggests.

We’ve reached out to Microsoft, but the company has not returned our request for a comment.