Last week, I moderated a panel on mobile monetization at the Game Developers Conference. There should have been no one in the room since we were competing against other sessions that featured rock star game developer Hideo Kojima (the maker of the Metal Gear Solid games) and a deep dive into Sony’s upcoming PlayStation 4 console. But our room was packed. That tells you that mobile gaming is hot and that the toughest problem for the vast majority of developers is getting discovered and monetizing free-to-play games.

With free-to-play, lots of users won’t pay at all. But since free-to-play has no upper limit, the users who pay can generate so much revenue that they make up for all of those who don’t. With more than a billion users on mobile, it seems like it should be easy to make a ton of money by collecting pennies. But the struggles of big publishers — many of whom appear to be running in place even as they grow users — suggests that this is a very hard nut to crack. David Yuan of Technology Crossover Ventures says this makes mobile “fun and frustrating” at the same time.

“We don’t have the bottlenecks we used to have in the old distribution system. The shelf space is infinite,” said Trip Hawkins, the former chief executive of mobile game publisher Digital Chocolate (and the founder of Electronic Arts), on our panel. “But it is really hard to monetize. At Digital Chocolate, we had over 200 million downloads and over a billion play sessions on Facebook. We were really good at making games that were fun, making things that won awards, that had good retention, that had viral spread. And we struggled with monetization. I think this is the biggest Achilles’ heel issue in the industry.”

The mobile game industry is rapidly separating into haves and have-nots. And those companies are dividing along the lines of those that monetize and those that don’t. Monetization, as Jan Beckers of the HitFox Group says, is survival. A handful have monetized well out of hundreds of thousands of titles, Hawkins said. 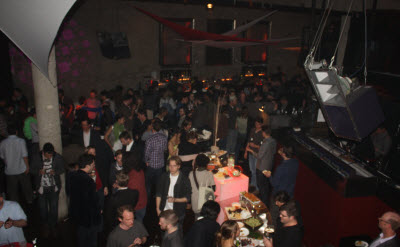 For those games that can monetize, the bonanza is here. Those companies can afford to spend money to acquire more users — a marketing task that is necessary because it is so hard for players to discover games naturally.

“There really ought to be an institute for studying virtual economies,” Hawkins said. “If I can beat your game with strategy, I don’t need to buy anything in it. It’s about thinking about your game like you’re the merchandising manager at Bloomingdale’s. Once you have made a game that has good lifetime value, then you can afford to buy marketing.”

And those successful companies are starting to throw the biggest parties at GDC (Backflip, Kixeye, King, Storm8, etc.) while traditional game firms (LucasArts, Atari, and THQ) are going out of business.

Puzzle & Dragons from GungHo Online Entertainment is generating $2.5 million a day, mostly in Japan, from a game it built with six people. King’s Candy Crush Saga is dominating the Apple iTunes App Store in the U.S. in terms of top-grossing titles. Supercell, which is reportedly raising more than $100 million at a $800 million valuation, is generating $1.5 million a day in revenue for Clash of Clans. Casino games like Playtika’s Slotomania are high on the top-grossing lists as are Kabam’s midcore strategy games. You won’t find an Electronic Arts title on the top ranks of the Google Play store until No. 10, with The Simpsons: Tapped Out. That title generated $23 million in revenue last quarter, but Puzzle & Dragons is beating those results in just 10 days.

Some of these titles are staying at the top for months. That’s far longer than the normal churn rate for people to play and get tired of typical users. Those that are doing so are generating real social communities, where players fight against other real players and come into contact again and again. The players feel compelled to spend money to keep up or distinguish themselves within the player community.

The consequence of going to the top of the mobile rankings and staying there for a long time is clear for companies like Rovio, the maker of Angry Birds. Rovio said this week that it had revenues of $195 million in 2012, up 101 percent from $97 million in 2011. Operating profits were up 50 percent to $98.5 million. Sam Hamadeh, the chief executive of Privco, a company that analyzes private companies, said that performance was very impressive and that it could be strong enough to enable Rovio to pull off an initial public offering in early 2014 at a $4.2 billion valuation. That would give its venture capital backers a 2,100 percent return over three years. With Zynga and EA struggling, the results are all the more impressive, Hamadeh said.

Hamadeh said that Rovio has been able to monetize by thinking not just about monetization not just in terms of what it can do with mobile games, but what it can do with the growing value of Angry Birds as an entertainment franchise. It is generating 45 percent of its revenue from licensing of plush toys and other merchandise.

“It’s almost as if now the games are loss leaders, and it’s taking on the model of, say, Lucasfilm — until recently private — where the movies were breakeven — here, the games for Rovio — and all the profits came from consumer products merchandise and licensing — toys, action figures, books, TV cartoons,” Hamadeh said. “That’s a radically different business model for an online/social gaming company, and the numbers say it all.”

“Not every other online gaming company necessarily has the game characters to emulate Rovio,” Hamadeh added. “But they’ve clearly shown other offline ways to profit from an increasingly competitive online gaming/app environment.”

Today, based on the past 12 months of revenue of about $310 million, Hamadeh figures Rovio is worth $2.42 billion, using a model for valuation at 7.8 times revenue. Using the model of 21 times 12 months operating income of $165 million, Rovio’s value is even higher at $3.4 billion. By thinking of itself as a multimedia entertainment brand, Rovio has added over $1 billion to its value, Hamadeh said.

Could a company like Rovio, which has a real risk of being a one-hit wonder, really be worth that much money? Rovio launched four major games during 2012, but it is interesting to note that Rovio’s games aren’t all that high in the rankings right now (Angry Birds Star Wars is No. 7 on AppAnnie’s list of the top paid apps in the U.S.). So it is really unclear if Rovio will be able to grow as quickly in 2013 as it did last year. The risk, of course, is if the value of the brand declines over time and the number of app downloads decreases. 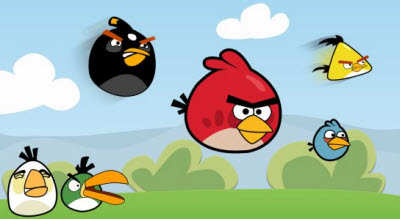 It’s all about sustaining an audience that has a natural tendency to peter out after a few weeks. One chief executive at our Mobile Summit joked that the best strategy a game company can pursue, if it has a hit game, is to shut down and not try to do another one. That’s because the hardest thing is to keep a string of hits going. If you fall off that list of the top-grossing games, the consequences are tough. Japan’s DeNA and Gree charged into the mobile gaming market in the U.S. last year. But while they have successful titles, they are not dominating the charts this year.

The good thing is that the winners in mobile monetization can produce billion-dollar games. The bad news is that it feels like a lottery. For the rest of the companies in mobile, there is hope if they can just hang in there. The market is going to grow dramatically in the next few years, said Tim Merel, the managing director at game investment bank Digi-Capital.

And the sources of monetization are multiplying. NativeX has high hopes for its native ads, which are part created by an advertiser and part-created by a developer, so that the ad content is relevant to the gamer. Rob Weber, the co-founder of NativeX, says that mobile monetization is only happening at about 2 cents per hour of entertainment, compared to 22 cents for television. So there is a lot of room for mobile to grow.

Another quick way to monetize games is to launch games on Asia’s mobile messaging networks like Kakao or Line, which have games that are generating $1 million a day in Korea and Japan and are dominating the ranks of the top-grossing games on the Google Play store on a worldwide basis. But you’ll also be paying them a hefty platform fee on top of the one you’d pay to Apple or Google. Those networks haven’t taken off in the U.S., where mobile messaging remains a fragmented market. If something does take off, mobile monetization will get a lot easier.

And if it becomes more predictable and less like a lottery, we’ll see multiple billion-dollar games.