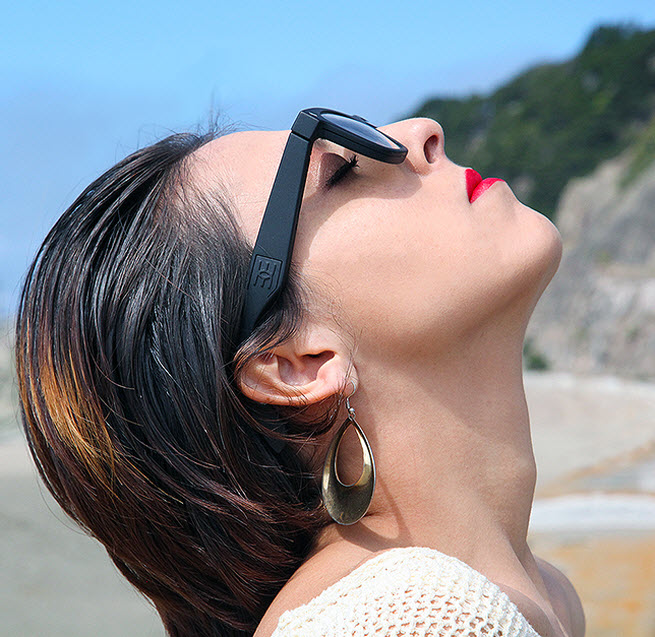 Google Glass may be in the offing, but Vergence Labs is announcing it can do virtually the same thing with its better-looking Epiphany Eyewear. The startup has begun making the glasses and is opening up its site for preorders today. 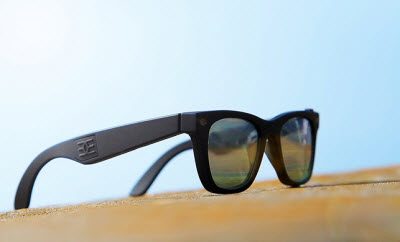 Vergence has made a set of “smart glasses” that are simply well-designed glasses with a computer inside. That computer powers a high-definition video camera that you can use to take pictures or record videos. It has software and apps that let you integrate with mobile devices to share your imagery with your friends. You can livestream your video directly to your Facebook wall if you wish.

While it may be tagged as a copycat of Google Glass, Vergence co-founder and chief executive Erick Miller told VentureBeat that he dreamed up the idea for Epiphany Eyewear before Google ever announced it — and even before Google c0-founder Sergey Brin broke away to start Project Glass and the Google X skunkworks team. Vergence was formed in December 2011, but the team has been working on the project since May 2011, and it reached completion with a staff of just seven.

“We love geeks, but the Google Glass design is off the far end of the spectrum of Star Trek,” Miller said. “It starts to feel like a costume on your face. We have progressive designs that marry form with function. We call it geek chic.”

Miller said he dreamed it up while in an MBA class at the University of California at Los Angeles. By accident, he found co-founder Jon Rodriguez, who was independently working on a volumetric 3D display. Rodriguez, then at Stanford University and now chief scientist, tweeted about the display, and Miller followed the link via Hacker News. He contacted him and proposed they work on a computer eyewear company. Rodriguez worked on the display as part of his honors thesis at Stanford, and he quit a summer job at Facebook to spend more time on it.

Miller sees the device as more than a super geek’s toy, which is how some folks have described Google Glass. Vergence’s plastic titanium glasses are designed to be less obtrusive, and he hopes that one day they could be used to help people with memory loss to remember things they’ve seen. The main purpose is to enable people to capture moments when they happen and “be the best pair of glasses anyone has.”

You can share videos to the company’s own social-sharing website, YouGen.Tv. Vergence is also announcing today its own application programming interface for writing apps for its glasses. The computer can project an image onto the corner of the lens, but it won’t be used at the outset to do things like check your email or view images.

The lenses are high-quality, with layers that protect the user from ultraviolet rays. They block dangerous polarized reflections, and they have antireflective coating and a special conductive layer that allows for electrically activated sunglasses. By pushing a button, you can instantly toggle the sunglass lens darkness on and off.

The features include two mobile apps that connect, stream, view, and share point-of-view video from the glasses. The product uses a scalable video architecture that lets wearers share the videos to social networks or the video servers at YouGen.Tv. You can connect the glasses to any connected device, such as a smartphone or tablet, to upload video or images to the website. The optics support prescription lenses. The device can record video, transcode it, store it, and stream it.

So far, you can’t talk to your Epiphany Eyewear as you can in the Google Glass demo. But that could be a feature in the future. The company is working on improving computer vision to increase the quality of videos.

[Update: Joel Brinton said he was never part of the company itself and performed design work for it under a contract.]

“From what we can tell, Google is building a consumer-electronics product you wear on your face,” Miller said. “We are building an incredible pair of glasses.”

Investors include well-known venture capitalist Tim Draper, Charlie Cheever, Adam Draper, Joel Yarmon, and other angels. The company has raised a round of $11 million in funding and is in the process of raising another round. The headquarters is in Menlo Park, Calif., but the team will relocate to Los Angeles soon. Miller said the company has filed for 17 patents.

“It will amplify our ability to consume information, offloading part of our memory so we can then learn faster, learn more, and have instant access to information through integrated display systems,” Miller said. “Further into the future, we even believe you’ll be able to control other computerized objects, such as robots, with your glasses; using technology like brain-computer interfaces, eye-tracking, and gestural interfaces.”

“We are a little bit of an underdog, but we’re passionate, and we have an incredible device,” Miller said.

Here’s a video of Epiphany Eyewear.