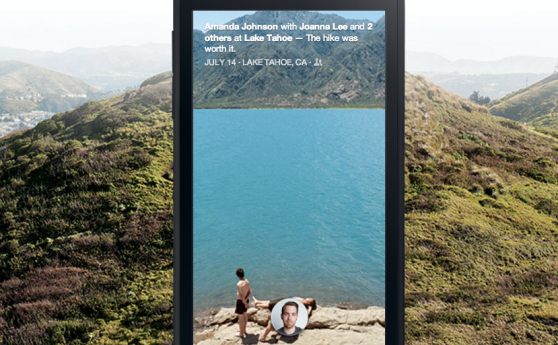 Facebook describes its new Android app suite, Facebook Home, as “a new way to organize the information on your phone.”

But the idea of putting the information you care about most (pictures from your friends, Facebook updates, chat bubbles) right on your phone’s home screen and lock screen? Well, that isn’t new. Its most immediate antecedent is Windows Phone 8, which added a customizable lock screen, including the ability to show photos from your Facebook feed, in October, 2012. 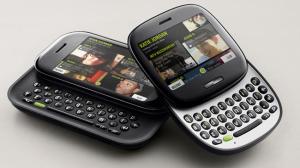 Above: Microsoft’s Kin One and Kin Two were a commercial disaster, but showed the way for Windows Phone and Facebook Home.

In fact, Windows Phone has been organized around this principle since version 7, its modern overhaul. And before that, it was preceded by social-centric experiments Microsoft conducted with its ill-fated Kin phones, which were a commercial and critical disaster, but prefigured the company’s interest in putting social media front and center.

Android and iOS are centered on small app icons, with optional small “badges” that show a tidbit of information about the app, such as the number of unread email message. By contrast, Windows Phone 7 and 8 are organized around app tiles, which give more room to the app’s content. Instead of an icon showing a skeuomorphic picture of a desk calendar, Windows Phone’s calendar appear appears as a big rectangle, with most of the real estate given to showing the details of your next upcoming appointment.

That user-centric orientation made Windows Phone remarkably fun to use, in my experience. (At least until I got fed up with Nokia’s dysfunctional hardware and AT&T’s miserable policies.) Pulling out my phone and turning it on was no longer an exercise in getting some specific task done. It was a mini-surprise every time: Each time I took the phone out there was some new tidbit of information from my life or photo from the people I cared about.

I don’t want to overstate the significance of this change. It’s really only a tap or two from the home screen icon to the full Facebook feed in your Facebook app, no matter what phone OS you’re using. So it’s not going to make an enormous difference to the experience of using Facebook: It’s likely to be more or less the same on Android, iOS, Windows Phone, or Facebook Home phones.

But I suspect it will make the experience of using the phone subtly different, making it more and more into your primary hub for experiencing your social network. On Windows Phone, that could mean Skype, Facebook, Twitter, or LinkedIn. In the case of Facebook Home, that means Facebook, full stop.

If this is the future of phone OS design, and I think it is, then Facebook has just made an early and smart move. It has staked out a user-centric POV and associated it closely with its own network and brand.

Either that or it has just made its own version of the Microsoft Kin.