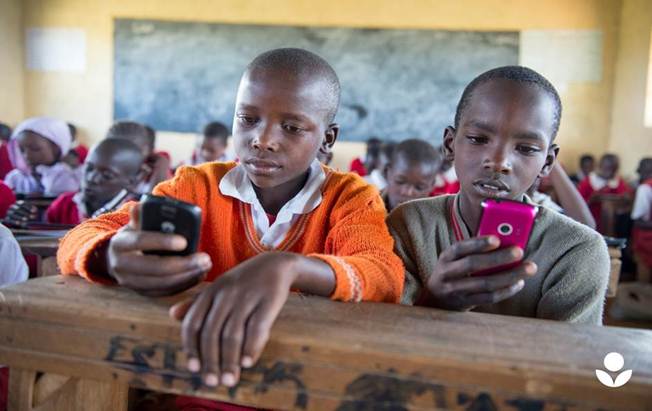 While volunteering at an orphanage in Ecuador, former Amazon executive David Risher came across a padlocked library. When he asked the orphanage’s leader why it was locked, she said that the key was lost, the books were out of date, and the children were uninterested in reading. That’s when Risher decided to set out to make books more accessible to people in the developing world.

He founded Worldreader in 2009, a nonprofit organization that puts Kindles and electronic books (e-books) in the hands of children and their families. Today, WorldReader expanded its program by launching a mobile application that will deliver e-books to millions of people around the world.

“Worldreader has this crazy vision that every child on the planet should have access to the books they need to improve their lives,” Risher said in an interview with VentureBeat. “Mobile phones are the way people in the developing world stay connected and learn about the world around them. This is an opportunity to have an enormous impact on education in these parts of the world.”

Fifty percent of schools in sub-Saharan Africa have few or no books, while the USAID found that nearly ever home in sub-Saharan Africa has access to at least one mobile phone. Worldreader Mobile is designed for low-end feature phones most commonly used by people in Africa and Asia. Users download the free app and have access to a library of 1,200 books, ranging from romance novels to health textbooks.

Feature phones don’t high processing capabilities and usually operate on slower 2G networks. Furthermore, users cannot afford to spend a large amount on data. The new mobile program takes all of this into account. Worldreader partnered with BiNu, a platform that improves Internet connectivity on mass-market phones, to develop the app. All the data processing happens in the cloud, rather than on the phone, and the data is compressed so people do not rack up high charges while reading.

After months of beta testing, Worldreader Mobile is already on five million feature phones around the world. The organization has over 500,000 active readers a month, and they spend 60,000 hours reading on their phones. In January alone, people consumed roughly 17,000 books on their mobile phones. Risher said the biggest mobile market is India, with 106,000 users, and that the app see use from teachers caregivers, siblings, parents, and children. 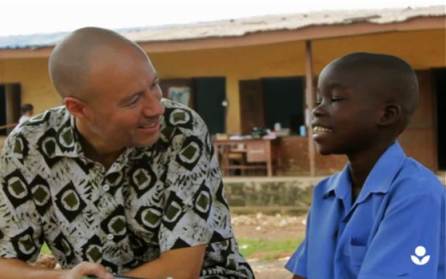 Risher formerly served Amazon’s senior vice president for retail and marketing. After leaving Amazon, he took a trip around the world with his wife, their two daughters, and two Kindles, which were just coming to market. Growing up, Risher spent hours at the library and went on to major in comparative literature at Princeton. Reading has always been his passion, he said, and many of the opportunities he had were a result of having books in his hands.

“We heard there were 200 million kids in sub-Saharan Africa with no books,” he said. That is a whole generation of children who are growing up in a world with no culture of reading. Publishing, printing, and shipping books is expensive and books are often out-of-date. But beaming books into kids hands over a cell network should be easy.”

The first Worldreader program began in Ghana in 2010, which distributed e-readers to 20 students. Worldreader works with publishers around the world including international companies and small local publishers alike, to distribute their content, and the digital library includes over 440,000 e-books. This mobile program is a significant step for the organization because it does not require procuring and delivering devices, but works with the technology people already own. It will greatly expand Worldreader’s reach and scale and make books of all kinds and subject in the hands of those who need them most.

“Worldreader is a combination of my pragmatic and romantic vision,” Risher said. “It was opportunity to take technology and put it to a higher use. As I look at my own background, loving books and working at Amazon, it was a way to tie it all together and find a way to change world that taps into my passion and skills.”