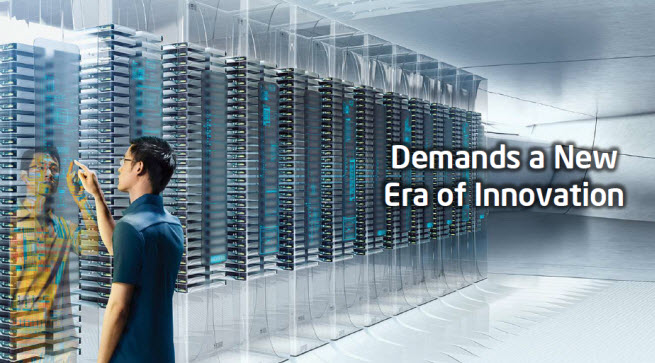 Intel is announcing today a trio of new low-power Atom microprocessors for enterprise hardware. The company made the announcements as part of its Intel Developer Forum event in Beijing today. The new chips show the company is serious about moving low-power processing technology into the heart of the data center.

The three new Atom chips are code-named Briarwood, Avoton, and Rangeley, Lisa Graff, VP and general manager of the Datacenter Marketing Group, said in a press call. The Briarwood chip, formally dubbed the Intel Atom Processor S12x9, will be used in storage applications. It can provide up to 40 lanes of input-output PCIe 2.0 capacity and other features for storage devices. That chip is available now.

The Avoton and Rangeley processors will be out in the second half of 2013. Avoton is a second-generation 64-bit system on a chip that uses Intel’s most advanced manufacturing process, the 22-nanometer technology with a microarchitecture dubbed Silvermont. Avoton will be targeted at micro servers, or low-power versions of enterprise servers that use lots of low-power cores rather than a small number of brainiac cores. That chip is available in samples now. Rangeley will be used in networking devices, including mid-range routers, switches, and security appliances.

Yesterday, Hewlett-Packard, which is perhaps Intel’s biggest customer, launched an Atom-based HP Moonshot server family. Those servers will use the Intel Atom S1200 processor family. HP will introduce that family of servers in the second half of the year.

In the long run, Intel’s goal is to enable technologies that will lead to the creation of smarter cities, healthier communities, and thriving businesses, according to Diane Bryant, senior vice president and general manager of Intel’s Datacenter and Connected Systems Group. Worldwide, global datacenter traffic will reach 6.6 zettabytes by the end of 2016, according to the Cisco Global Cloud Index. Global Internet protocol traffic will reach 554 exabytes per month. To put that in perspective, mankind created only 5 exabytes of data from the dawn of civilization until 2003.

Intel has also created its own software distribution for Hadoop enterprise software. With it, China Mobile has been able to deliver inquiry results 30 times faster and with great ability to scale capacity in the future.

Intel isn’t ignoring the high-end of the server chip market either. The company will launch its 22-nanometer Xeon processor E5 family in the third quarter. It also has some other chips, dubbed E3 and E3, coming this year. That means Intel will have a complete refresh of its enterprise technology during 2013.

Lastly, Graff said that Intel is launching a Cloud Innovation Center in China to allow developers to test their software on Intel cloud technology so they can get products to market quicker.