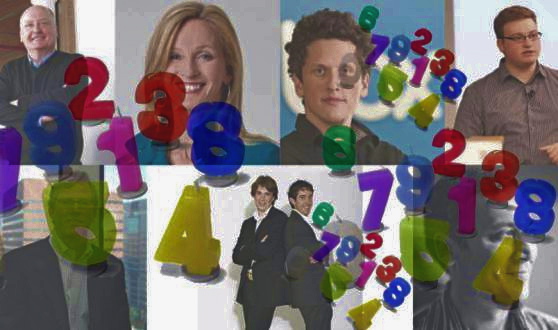 Starting a company is a possible at any age.

To prove that innovation isn’t just a young man’s game, we gathered together a group of founders from successful companies like Box, Hubspot, and Poshmark.

These entrepreneurs say that it’s time we shattered Silicon Valley’s age bias. Many venture capitalists have openly stated their preference for funding bright-eyed, youthful founders. And thanks to initiatives like venture capitalist Peter Thiel’s “20 under 20,” which offers students $100,000 to forgo college, entrepreneurs are getting younger and younger.

“People under 35 are the people who make change happen,” said venture capitalist Vinod Khosla in 2011. “People over 45 basically die in terms of new ideas.”

“It may sound bizarre to outsiders, but we — investors — are keen on paying a premium to partner with very young first-time founders that simply think differently before the rest of us,” said Niko Bonatsos, a principal at General Catalyst.

And yet, a number of reports have surfaced in recent years to reflect that more experienced entrepreneurs can think differently too. The Kauffman Foundation posted a report on how 5,000 startups launched in 2004 fared over time. They found that “firms surviving through 2008 were much more likely than firms that exited over the period to have primary owners older than age 45.”

Still, starting a company is a highly-personal decision. So if you’ve ever wondered what’s it like to start a company as a teen, twentysomething, or much later in life, this one’s for you.

Teens: ‘Why wouldn’t you invest in passion?’ 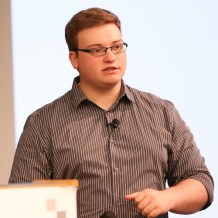 Brusilovsky’s is a Silicon Valley Internet boy genius. We have seen his star rapidly rise, only to crash and burn, and revive again.

TechCrunch offered the young hacker when he was 16. By 17, editor Michael Arrington had fired him for allegedly receiving bribes in exchange for coverage. Since then, he has gone on to launch his own organization, dubbed “Teens in Tech Labs,” and he now heads up business at Ribbon, a selling platform that prominent investor Tim Draper backed.

Most investors don’t have qualms about investing in teens, given that Facebook’s CEO Zuckerberg was just 19 when he launched theFacebook.com in a Harvard dorm room. “At a certain point, they can’t get much younger, or we’re going to be invested in preschool,” quipped venture capitalist Marc Andreessen in a recent interview with Reuters. Brusilovsky views teens as the most passionate and optimistic age group, and asked, “why wouldn’t you want to invest in that?”

In our interview, I asked about the core distinction between child stars in Hollywood and teen tech entrepreneurs in Silicon Valley. “Unlike Hollywood, you don’t start a company for fame or to become a billionaire,” said Brusilovsky, who said teens are motivated to “fundamentally change the way that something is done.”

Words of wisdom? “Surround yourself with people who are smarter than you,” Brusilovsky said.

Other teen success stories: Summly was founded by Nick D’Aloisio at 15; Matt Mullenweg started Wordpress at 19; Jessica Mah started InDinero in her dorm room at age 19.

20s: ‘We have this focus on disruption and speed’

The “grand slams” of entrepreneurship most often come from inexperienced twentysomethings, according to Forbes.

Why do college-age founders rule the pack? “We have this focus on disruption and speed, and we’re high-energy,” said Levie, whose cloud company Box has raised almost $400 million in investment from high-profile investment firms like Draper Fisher Jurvetson and New Enterprise Associates.

Levie started Box when he was 20 to solve the problem he perceived in sharing files online, and he did not originally intend to sell to businesses. “You don’t know how the rules work so you can redefine how things get done,” he told me. “We were able to start from scratch without any preconceived notions.”

Best piece of advice? Levie recommends playing around with ideas during college or university, a time when there are “few responsibilities.”

30s: ‘We have grown into our ideal customer’ 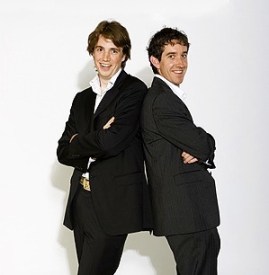 Scott Farquhar and Mike Cannon-Brookes, both 33, cofounders of Atlassian Software

The Aussie cofounders of Atlassian Software say thirtysomethings are still crazy/energetic/naive enough to start companies but have the experience to “pinpoint the right problems to solve.”

Married with young kids, the software entrepreneurs say they have needed to cut down on travel and late nights. But days feel fuller, as they’re up by the crack of dawn to drop the kids off at school.

Thirtysomethings with family responsibilities (young kids, mortgages, car insurance payments, and so on) will struggle with the rigorous demands of starting a business. But on the other hand, they are likely to have a better work/life balance. Farquhar said he has learned to prioritize tasks over the years and won’t spend hours and hours plugging away at minor problems.

Words of wisdom: “The best time to be a boss is when you’ve just had a kid,” said Cannon-Brookes on a Skype call from the Sydney office. “I’m more understanding and encourage employees avoid getting burned out.” 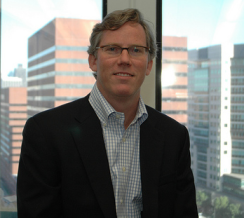 To find out what it’s like to start a company after 40, we spoke with two entrepreneurs at the same age but with very different life experiences.

Chandra is tackling a consumer space (women’s fashion) and has two teenagers at home, but said his time is starting to free up. Halligan has never been married, and he juggles a teaching gig at MIT and a successful business-to-business venture.

Still, they see benefits in starting a company later in life. Both would describe themselves as masters of focus and execution: “We have to achieve with less movement and more wisdom,” said Chandra. In other words, they are strategic about product, and revenues are top of mind. 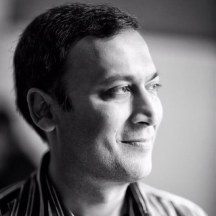 Experience and a network of contacts has proven beneficial, but Halligan still recommends pursuing entrepreneurship at a younger age if you can. “Experience also builds fear,” Halligan told me.

Don’t assume that you’ll have work/life balance figured out at 40. “I have always worked a ton,” said Halligan, who is also a senior lecturer at MIT. “If someone fired me at Hubspot tomorrow, I’m sure I’d write a book and start another company.”

Words of wisdom? Chandra advises “staying relevant” when it comes to the latest tech. After making the decision to develop a mobile app, he went from being a bit of a Luddite to forcing himself to do everything on an iPhone.

Other fortysomething success stories: Ron Meritt, the founder of Meritt Electronics, started the company after being laid off from a corporate job at 44; Mark Pincus started Zynga at 41, Eric Schmidt was 46 when he joined Google in 2001; Sam Walton built Walmart in his 40s; Jobs’ most most significant innovations — iMac, iTunes, iPod, iPhone, and iPad — came after he was 45. 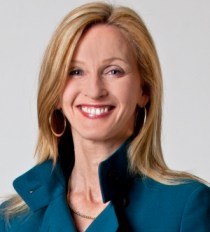 When Wendy S. Lea joined GetSatisfaction, it was just a 12-person team in a tiny office in San Francisco. “I fell in love immediately — we were taking traditional customer relationship management software and turning it on its head,” she told me.

The startup has benefited from Lea’s experience and contacts from large companies, like Oracle and Acclivus Solutions. As a fiftysomething executive, she’s independently wealthy, but she’s nowhere near ready to slow down. “I’ve worked 15 hours a day for 15 years,” she said. “But, to borrow from the late Steve Jobs, I want to make a dent in the universe.”

Words of wisdom: Investors shouldn’t discount entrepreneurs with a heavy corporate background. If anything, it takes a lot of the risk out of an equation. “If you’re younger, you wouldn’t see the markets that need to be served,” said Lea.

Other fiftysomething success stories: Arianna Huffington started The Huffington Post at 54; Patti Lee-Hoffmann and Gayle Mills were approaching their 50th birthday when inspiration struck for Flutter Eyewear; Timbuk2 founder Rob Honeycutt raised funds for a hot new hardware project on Kickstarter; Peter Schoon started the Thinking Company in his 50s and wrote a book about the experience. 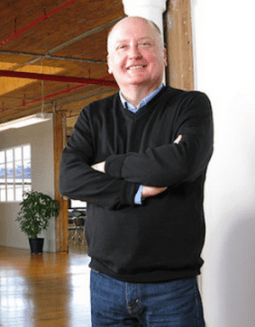 “We know from our work and research that people in their 50s and older have a significant interest in entrepreneurship,” said Jodi Holtzman, the AARP’s senior vice president of Thought Leadership.

One such entrepreneur is Mark Snow, who recently launched a document storage system geared at seniors and professionals dubbed SafelyFiled.

When asked about the best time of life to start a business, the serial entrepreneur said, “when you’re very young or the kids are out of the house.” The choice between playing golf or launching a company was a no brainer. The bet appears to be paying off — he recently recruited a CTO, Terri Caldwell, who previously worked at Cisco Systems; and a senior engineer, Susan Hinrichs, who lectures on computer security at the University of Illinois.

Still, it takes guts to launch a startup in your 50s and 60s: “I could see it in their eyes — people thought I should be retiring,” said Snow.

Words of wisdom: Snow advises making sure your medical insurance is under control, especially if you decide to use your own money to build a prototype. He also suggests taking advantage of all the experience you’ve built up over the years. “Don’t think of the computer first,” he said. “Think of it second — and build for your friends, wife, uncle — not just your kids.”

Other older success stories: Mac Lewis started FieldSolutions in 2006 at the age of 60; Liz Dahl, 61, started the travel website Boomeropia.com; Poppy Bridger, owner of Anaheim Test Labs, started the company at 72; the infamous Colonel Sanders launched his business at the age of 65, using his first Social Security check as his seed funding.

At what age did you start your first business? When wouldn’t it have been possible for you to juggle the demands of a startup with a personal life? Let us know your story in the comment section below.