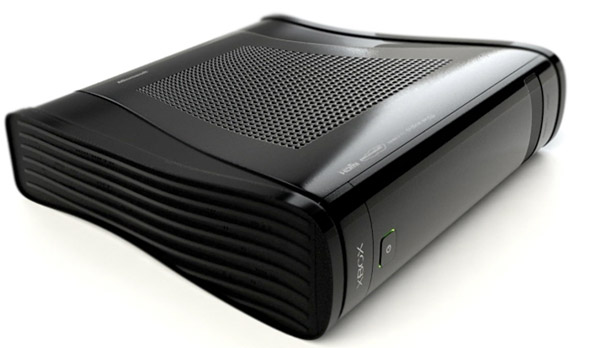 Update: This story originally featured an image that we used without proper attribution. We have removed it and apologize to the artist.

Microsoft game director Adam Orth, who insulted fans on Twitter when they voiced concerns about rumors the next Xbox will require an always-on Internet connection, has left the company.

Apparently, he said the wrong things on Twitter and it spiraled out of control, resulting in a major embarassment for Microsoft. We hear that he voluntarily resigned and deeply regrets what happened. His comments set off a storm of criticism about Microsoft and what its intentions on its next game console might be. 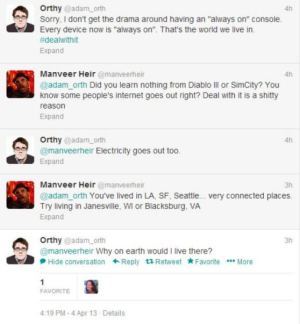 “Sorry, I don’t get the drama around having an ‘always on’ console,” Orth wrote on Twitter. “Every device now is ‘always on.’ That’s the world we live in.”

Orth was reportedly in the midst of a discussion with a friend of his, Manveer Heir, a senior game designer at BioWare, when he made the public comments. Orth and Manveer are close friends who were evidently making fun of each, but the observers didn’t catch on that the conversation had a lot of sarcasm in it. Orth then got in a flame war with gamers over his opinion and dissed small towns such as Janesville, WI and Blacksburg, VA, asking “why on earth would I live there?”

We don’t know what conversations took place after that with his employer, but Orth is no longer with Microsoft. Orth was a game director at Microsoft Game Studios, but he was not working on the next-generation Xbox, according to our sources.

“We do not comment on private personnel matters,” a Microsoft spokesperson told GamesBeat when we reached out on this issue.

Microsoft issued a statement last week about the comments, which referred to him rather coldly as “this person.”

“We apologize for the inappropriate comments made by an employee on Twitter yesterday. This person is not a spokesperson for Microsoft, and his personal views do not reflect the customer centric approach we take to our products or how we would communicate directly with our loyal consumers. We are very sorry if this offended anyone, however we have not made any announcements about our product roadmap, and have no further comment on this matter.”

Orth may have commented on this development on Twitter, but it’s impossible to tell unless you’re a confirmed follower of his: He has locked the account, and it is no longer available. In the same breath, apparently, he deleted his LinkedIn account. We hear that he had to do this because he received numerous death threats. That part is quite regretable.

I guess he has learned the value of discretion on social media. But, as it often is, the lesson appears to have been learned the hard way.

Dean Takahashi contributed to the reporting for this report.