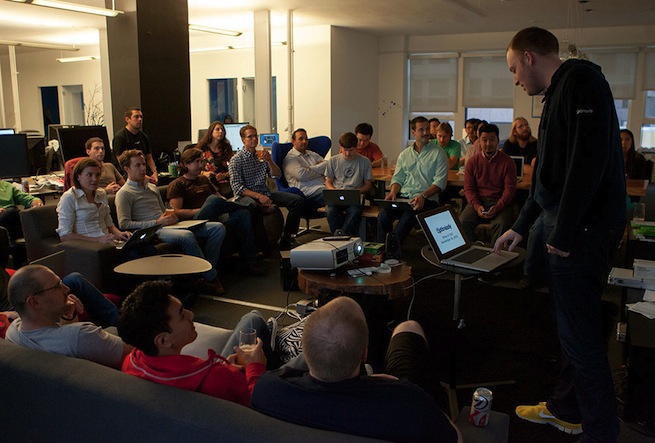 The San Francisco-based company was founded by Dan Siroker, an engineer who was inspired to launch the startup when working at Obama for America.

Siroker told me he first heard President Barack Obama speak in 2007 when he was working as a product manager at Google. Obama had made the pilgrimage to Silicon Valley to root out analytics tools that would prove beneficial for the campaign.

Siroker was so inspired that he quit Google, and went to work for the campaign as a volunteer. He would later rise up the ranks to become the director of analytics, and would lead a team of analysts using new technology to maximise voter registration and donations. “Even back in ’08, we viewed data as a means to make better decisions,” he explained by phone.

It was during his time working in D.C. that Siroker grew frustrated with the current suite of web optimization tools, such as Adobe’s Test & Target. So Siroker set out to create his own technology, Optimizely, which is billed as “A/B testing software you’ll actually use.”

The Obama and Romney campaigns used Optimizely in 2012, alongside 4,000 other customers. This quarter, it will launch the product in nine languages in 36 countries. The company says its revenue growth rate from March 2012 to March 2013 is 400 percent.

Optimizely’s team claims to be the third highest valued startup to graduate from the prestigious accelerator program Y Combinator — after Dropbox and AirBnB.

As part of the funding, Benchmark’s Peter Fenton will join the company’s board. Bain Capital Ventures, InterWest Partners, and Google Ventures participated in the round.