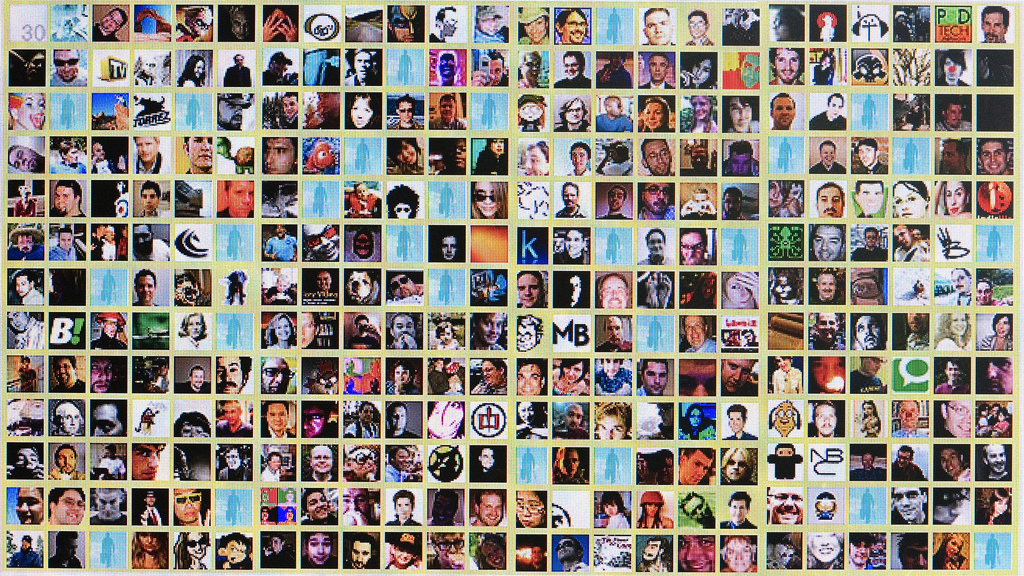 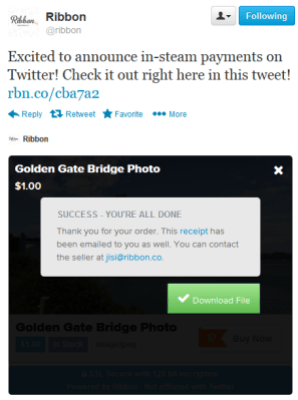 Unfortunately, Twitter shut down the service almost 90 minutes after it went live. I chatted with Ribbon cofounder and CEO Hany Rashwan briefly on the phone, and he told me that there was no warning:

“We had no notice before being shut down,” Rashwan said. “But we are in active contact with Twitter.”

Rashwan also posted about the situation on the Ribbon blog:

At around 12:24 PM PST, with no heads up, our integration of Twitter Cards was taken down, and now Ribbon links go back to Ribbon.co without the in-stream buying experience.

Before we released this, we made sure to validate our Twitter Card implementation (screenshot below), and all lights were green. We’ve had discussions with Twitter in the past, and are eager to find a way to work together. This is clearly something that’s good for not only Twitter, but also for Twitter users all over the world.

We look forward to seeing what happens in the future regarding this.

It was just a week or so ago that Twitter announced new versions of Twitter Cards, giving developers the capability to add mobile deep-linking right into another app as well as expanded tweets for galleries and, yes, products.

From there it was a fairly simple step, Ribbon must have thought, to add commerce. Rashwan says that the Ribbon in-stream purchase cards validated on Twitter’s card validator, and presents photographic evidence:

But, of course, technical validation is a long step away from strategic acceptance or even partnership. And the very fact that Twitter has included card types for products is a sign that the company has a strategic purpose in mind that probably involves monetization.

Ribbon’s implementation looks like it would have short-circuited that, since while the commerce would have happened on Twitter’s platform, the monetization would not have impacted Twitter’s bank account.