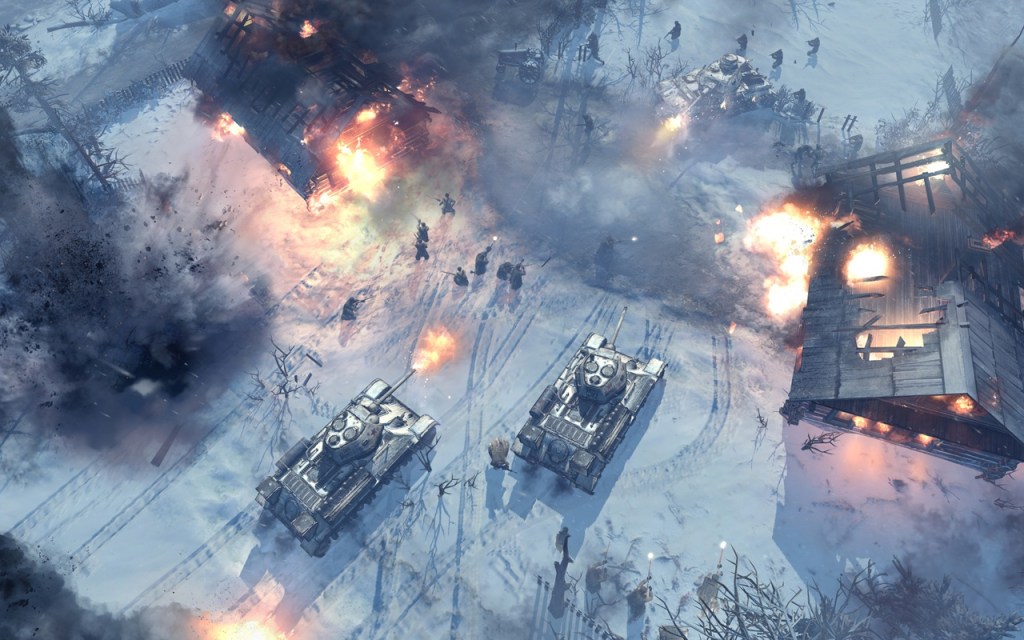 Update: If you didn’t know, Company of Heroes 2 has obviously been released and the beta period has long since been closed. While the game is slightly more expensive, you can still get Company of Heroes 2 for $44.99 after coupon GFDOCT25 (Steam activated)

For those of us who didn’t get Company of Heroes 2 beta access earlier this month, there’s always the option of forking over cold hard cash to get what you want. GameFly has the Steam-activated version for $44.99 after coupon.

Beyond getting an early taste of the game prior to the June 25th release date, you’ll also get the usual digital bonuses like additional skin packs, mini campaigns, additional commanders, and extra added in-game abilities for the German and Soviet army.

If you’re absolutely certain you’ll be playing Grand Theft Auto V and don’t want to bother with preordering closer to the release date, Microsoft Store has an added incentive of 1600 Xbox Live points if you preorder now at retail price. It’s not too shabby of a deal, especially considering 1600 points is valued at $20.

June 25: Company of Heroes 2 (PC Download) — $45 at GameFly after coupon. Preorder and you’ll get access to the closed beta that went live April 3rd. Thankfully the title’s still being released despite THQ’s liquidation.

Apr. 26: Star Trek (PC Download) — $37.50 at Green Man Gaming after coupon. We’re not expecting much out of this Trek game, but maybe Trekkies will get lucky with this one.

June 14: The Last of Us (PS3) — $49.99 at NewEgg after coupon. If you’re not hyped up enough about this game yet, just head to YouTube and watch all the trailers again.

Aug. 20: Tom Clancy’s Splinter Cell Blacklist (Xbox 360) — $49.99 at NewEgg after coupon. First discount spotted so far on this August release. Although this deal is only applicable to the Xbox 360 version, the game will also release on PS3, PC, and Wii U.

Ni no Kuni: Wrath Of The White Witch (PS3) — $39.99 at Amazon. Still close to the full $60 price at most retailers, excluding those engaged in a price war with Amazon.