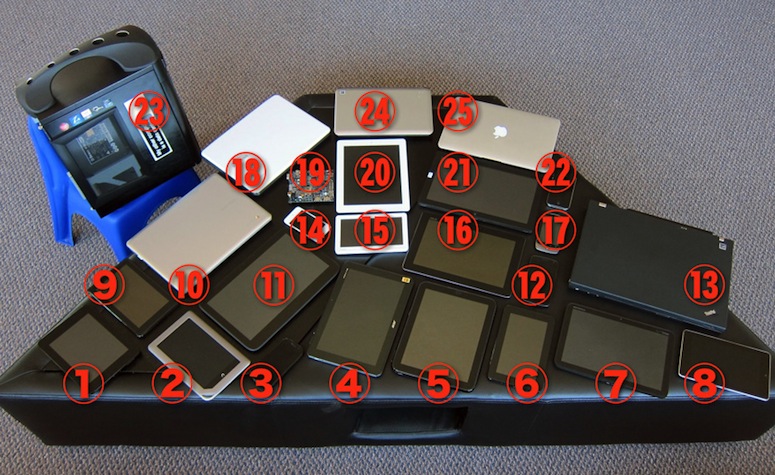 The acquisition was apparently made last week and will likely help Facebook beef up new mobile technologies like its new Facebook Home environment that sits on top of mobile devices running Android. Facebook’s purchase was likely more focused on acquiring talent since Osmeta hasn’t actually released a consumer product.

The Osmeta team is made up of 19 engineers that have previously worked at Google, IBM Research, Yahoo Research, and VMware, according to Osmeta’s website. The startup also claims to have experience working on a variety of mobile devices, as shown in the photo above.

Founded in 2012, the Mountain View, Calif.-based startup’s president and CEO Amit Singh may have actually tipped off TechMeme about his company’s purchase last week via Twitter.

Photo via Osmeta; Via TechCrunch.