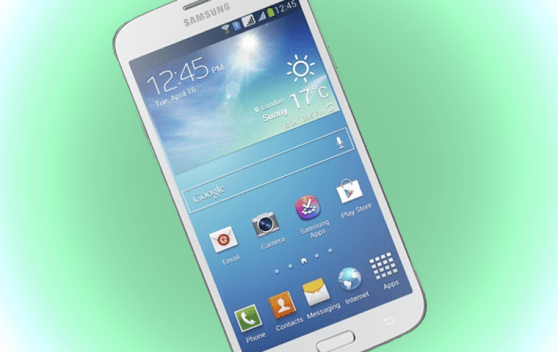 In terms of smartphones, Samsung seems to have one main imperative these days: Make them larger.

Like the Galaxy Note II, Samsung’s new Galaxy Mega is proof that Samsung is intent on creating smartphones at every conceivable size — even if those sizes are hugely impractical for mobile devices.

The Galaxy Mega comes in two forms — one with a 6.3-inch screen, the other with a 5.8-inch screen. Both devices are larger than the 5.5-inch Galaxy Note II, which is either good or bad depending on which side of the “bigger is better” debate you fall on.

Above: Make it stop.

Spec-wise, the two Mega versions offer slightly different numbers. While the 6.3-inch model comes with a HD display, 1.7 GHz processor and LTE/HSPA radios, the smaller version offers a reduced screen resolution and less powerful processor. Little of that really matters, however, because these are devices that Samsung is selling on screen size, not processor speed.

In terms of style, the Galaxy Mega is more or less identical to every other Galaxy phone, which makes press images largely useless if you want to get a sense of how big the thing is.

A good reference point, however, is Huawei’s Ascend Mate, the 6.1-inch smartphone monstrosity the company unveiled earlier this year. As you can see in the photo to the right, it’s tough to talk on these massive phones without looking impossibly goofy (no offense to VentureBeat’s Sean Ludwig, who always looks great.) Just imagine squeezing something like the Ascend Mate into your pocket.

Samsung says the Mega will make its way to Europe some time next month, and possibly elsewhere soon after.