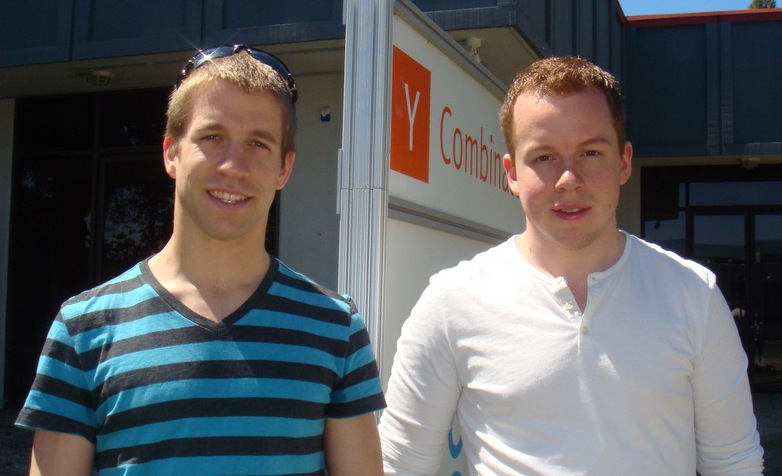 What if you could control your computer, phone, or your favorite tech gadget with a wave of your arm or a snap of your fingers? Watch MYO, the wearable gesture control device from Thalmic Labs, in action.

The MYO armband, which uses proprietary muscle activity sensors to detect your hand and arm gestures, uses Bluetooth 4.0 Low Energy to wirelessly communicate with the devices it is paired with.

The Canada-based startup, which has just 15 employees, created waves at the Y Combinator Demo Day on Mar. 26. It has already racked up over $3.7 million in pre-orders from 129 countries.

“MYO is a good commercial implementation of electromyography — a technology that’s already being used in robotics and kinesiology,” said Adib Ghubril, research director at Gartner. “It is a refreshing change to the wired variations we typically see in that space.”

Stephen Lake, the 23-year-old chief executive and co-founder of Thalmic Labs, told us, “We’ve been approached by most of the big companies in the Valley,” without giving any names. “We are not building a company to sell. We have got opportunities already and passed on those.”

Lake and his other two co-founders, Aaron Grant, 23, and Matthew Bailey, 24, are mechatronics graduates from University of Waterloo, Canada. They like building stuff. Between them, they’ve designed surgical robots, developed gaming software, and built lunar rovers. Now they are getting ready to fly drones with the wave of a hand.

Outside of work, they like to paddle boats, and they’ve won several championships in dragon boat racing. Grant, who is training for his first Ironman triathlon, said, “All of us have done some kind of competitive athletics, which I think carries through to business.”

Thalmic Labs won $25,000 at a startup pitch competition organized by VeloCity Venture Fund in Fall of 2012. Until then, it was funded by “pouring money from our parents, student lines of credit, and credit card debt,” said Grant.

While working on projects in the area of wearable technology at school, the trio realized that, in Lake’s words, “There was no good technology to interact with visual devices, especially a way to connect with a desktop computer. The standard at the time was voice control and we saw it was not a good solution, especially when walking around outside.”

Lake, Grant, and Bailey came up with the idea of using muscle activity to interact with technology.

MYO has its origin in the Greek word mŷs, meaning muscle. The idea was born in May, 2012. “The first prototype was rather crude with wires and medical electrodes taped on our arms,” recalled Lake.

Now, the company is already taking pre-orders for its second shipment of MYO, which the founders expect to ship out early next year. The armband retails for $149.

It’s an impressive start, but not everyone is fully convinced. Though the current version of MYO is “beginning to resolve an important use-case for gesture control – the outdoors – it doesn’t seem to address the more pressing challenge of availing users with refined, reliable control using a rich set of standardized gestures,” said Ghubril, the Gartner analyst.

“In so doing, MYO misses the opportunity to forge towards the cooler end of the market: emotive computing. But if the MYO can be adapted to pick up on fine muscle activity around the face for example and thus interpret mood or intent, it would enable an evolution in human-machine interaction,” he continued.

Thalmic Labs hopes to roll out more sophisticated versions of MYO and build products on top of it in the future, Lake told VentureBeat.

With APIs for developers coming this summer, the possibilities could be endless.

“We’re getting towards the end of the process for the big round. We hope to announce it next month,” said Lake, without giving out any further details.