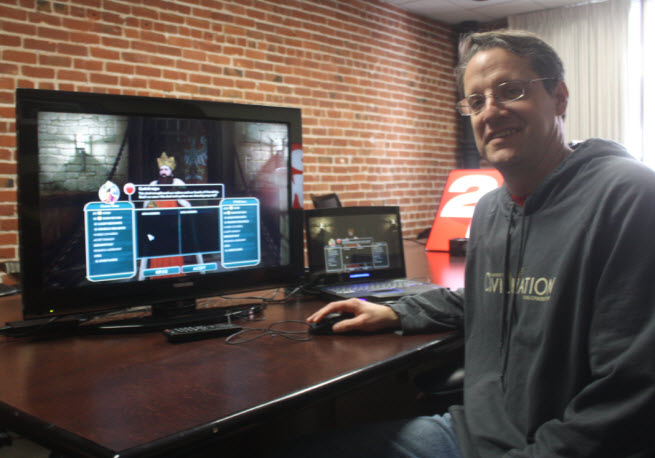 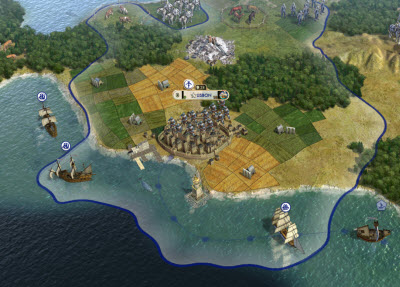 Civilization V games often bog down when each society expands until the borders of empires bump into each other and wars become unproductive. But that’s exactly where the newest Civ V expansion, Brave New World, starts to generate opportunities for some real conquests. Based on a preview of the new expansion, players will be able to extend their aggressive behavior when borders bump into each other by engaging in culture wars or building trade empires. These kinds of victories give players an alternative to all-out warfare.

Firaxis Games packs so much content into its expansions that they are almost like new game launches in their own right. Brave New World should give you a lot of reasons to stay up late and play obsessively. We recently got a preview of the game, which comes out on the PC on July 9 in North America and July 12 overseas.

The new expansion from 2K Games’ and Firaxis Games could be just what players want at a time when they’ve played the 2.5-year-old game to death. Civilization V: Gods & Kings was released in June 2012, adding features such as religion, espionage, naval combat and nine new civilizations. Civilization V: Brave New World will feature international trade routes, a world congress, tourism, new cultural and trade victories, great works of art, eight new civilizations, and eight new Wonders. The struggles that will occur between empires over possession of the great works of art could be especially fun.

“With Gods and Kings, we added religion and a lot to the front half of the game,” said Ed Beach, executive producer of the expansion. “With Brave New World, we are emphasizing the back half of the game” where players start to settle into mature empires and lose hope of complete military victory. “We wanted to make sure there was new stuff coming and fresh all the way through the end.” 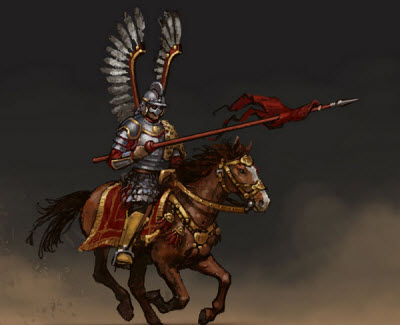 The Poles have strong solidarity in their culture, which gets them a free social policy as they advance through the eras, but that doesn’t mean they can get to a non-violent Culture Victory more easily. But the Culture Victory — where you get your culture to dominate the world — isn’t about filling out the five social policy trees and then building a Utopia project. It’s entirely different now.

The special unit for the Poles is the Winged Hussar, a medieval Renaissance cavalry soldier. They are a heavy shock cavalry unit and can blow a hole in the enemies line when they charge into it. 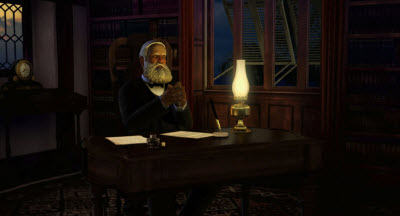 The new system for trade includes two new units: the caravan for land travel and cargo ships for the sea. You can build one of these units and then set it in motion on a trade route. The route can extend through a variety of cities and you can choose the route that maximizes your profits in gold or reaps the most luxury goods. The amount of gold generated by a trade route depends on how many resources and goods you have available to sell in your start city and whether the destination city has those goods or not. The point is to make more money by selling something that somebody else needs.

The visualization is good. If you highlight a potential trade route, it will show up on the map. If it runs through a barbarian camp or pirate region, you’ll have to provide protection. If those enemies attack your caravan or cargo route, you’ll lose it. It pays to send patrol ships out to scout the seas and protect your ships.

You can use this system to balance the resources throughout your own empire through internal trade. The ancient Egyptians used such systems to gather granite and supplies in Giza so that it could build the pyramids. The same is true here, where you enable your empire to build a Wonder more quickly. That helps you achieve a peaceful victory more easily. In the meantime, cities that have more trade will grow more quickly and become self-sufficient.

With the cargo ships, now it makes sense to build cities on coastal tiles. You can carry more goods on a ship and establish more lucrative trade routes. This pays off particularly well if you play the Portuguese empire, which is especially good at trade via ships. With Portugal, ruled by Maria I, you can take the trading game to an extreme. The special unit for the Portuguese is the Nau, a ship that is especially good for exploration. They accumulate money and experience the further away they are from their home turf. The Portuguese can also build a coastal fort to protect trade routes, and they can build trading posts along coasts too.

Trade complicates the world. If you declare war on someone, you’ll lose your trade routes. And that may hurt your empire in the long run. 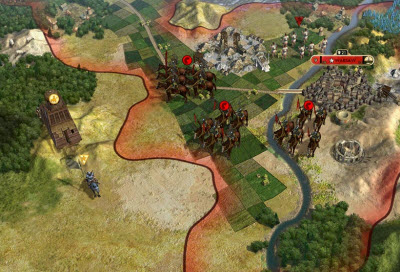 Beach said that Firaxis knew it needed to improve the Culture competition between empires. In the past, you just built a Wonder and hoped no one would attack you. If you protected it long enough in a defensive posture, you could claim a win. But that was very passive and not very exciting. Now, your goal is to dominate the world with your culture.

One way the game does that is to make you feel like you are building an amazing culture. You can create unique buildings like opera houses. In the past, if you built it, you would get four culture points that would help you on your road to winning. But now you only get one. If you want more, you have to fill your building with great works, such as The Great Gatsby novel by author F. Scott Fitzgerald. You can inspect the work, which comes with an educational description. And you can add it to the building and boost the culture point. There are scores of different great works in the game.

You can move them around and trade them with other players. Or, if you’re really conniving, you can attack a rival city and steal its great works so that you get the culture points. If you have the Louvre museum, you get bonuses from having works from all over the world. You can have great artists, writers, or musicians as well as a variety of building types.

“The culture game is more engaging, and you care about what you have collected,” Beach said.

Your great works also draw more tourists from other empires. You can push your culture out offensively by establishing trade routes with other empires, as tourists will come back along the trade route. It’s much easier to get a Culture Victory if you have open borders and trade routes. One of the dangers of trade routes is that religious fervor can flow along them as well. So a trade world may invite a religion into your empire, and you may have to deal with the risk of your enemy winning through a Religious Victory.

One of the cool new units in the culture wars is the Archaeologist. Once you discover archaeology, you can hire an archaeologist, who resembles Indiana Jones. You can then explore ancient ruins and bring back artifacts for your museums. The game remembers the locations of all of the ancient ruins, battle sites, or barbarian camps from the early stage of the game. Then it generates ruins at those exact sites. If you dig in lands of other empires, you may get into trouble as a cultural plunderer. 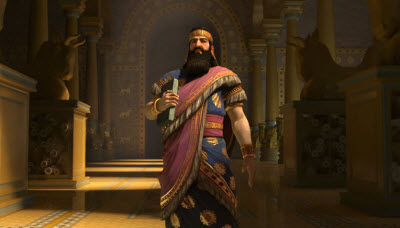 The trade and culture mini-games figure into a new political system as well. Once all of the civilizations have been discovered, you can create a World Congress. Like a United Nations, the World Congress can be used to achieve political victories. These political councils can meet and change the rules of the game. You can propose, for instance, that a trade embargo be implemented against a particular nation. If you win that vote, then it becomes much harder for that nation to win the trade game. You can ban luxury goods such as furs or ban city-state trade.

When the game enters the industrial age, you can choose from new policies or ideologies, like freedom, order, or autocracy. The choices you make will affect your relations with other civilizations and alter victory conditions.

Ultimately, you can vote for a world leader and win the game by winning that election. In the more advanced part of the game, you can vote to build an international space station or create a World Fair. If you’re the host city of the World Fair, you get more benefits. You can choose a single world religion or start a nuclear weapons non-proliferation treaty.  Each time you propose a vote on something, 30 turns will pass before the vote takes place. That allows you to prepare for the consequences of a vote.

This game is looking like another winning entry in the addictive Civilization series. We’re looking forward to plundering the great works of evil empires.