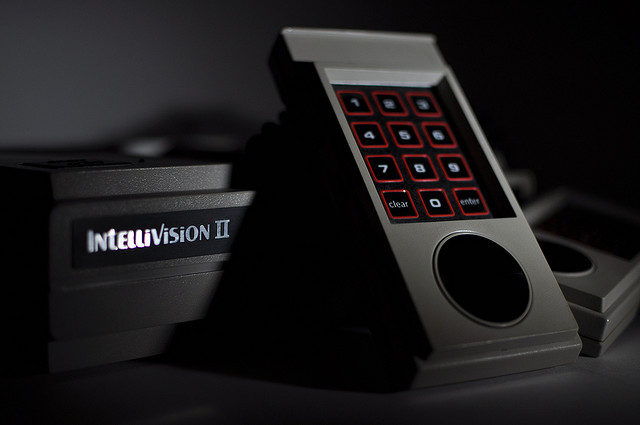 What makes both Minehunter and D2K Arcade all the more remarkable is their presentation. On cartridge, in a gate-fold box and complete with a full-color manual, the games look like the real deal.

Releasing such authentic games hasn’t been easy. “A year ago, I would have told you it was ‘very difficult,’ because I had no idea what I was doing and had no suppliers,” says Moeller. “I knew I wanted a box made, but every printer I went to either didn’t want to talk to me because the job was too big or too small. The small printers I contacted didn’t know how to print corrugated boxes, and the big ones that did wouldn’t do such a small run. Eventually, I found a printer that treated me with respect and helped me get what I wanted.”

The Intellivision controller was highly innovative, if slightly unwieldy, incorporating a 12-button keypad along with four side buttons and a directional disk. Overlays came with many games, which would sit on top of the keypad to indicate game-specific controls. This overlay concept, which later appeared on the Colecovision console, proved tricky to re-create.

“The overlays were very difficult,” says Moeller. “I couldn’t understand how modern printers had no idea how to re-create a 30-year-old overlay. Eventually, my box printer found a solution, and we [now] have top-quality overlays.”

Left Turn Only, another small Intellivision publisher, provides the cartridges and shells. It notched an Intellivision release late last year with Christmas Carol vs. The Ghost of Christmas Presents. “We supply their boxes and overlays,” explains Moeller. “So, it is really two small businesses helping [each other] produce new Intellivision product.” 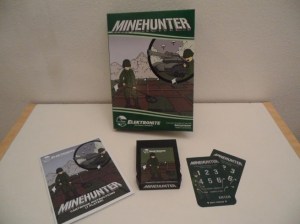 The finished games retail for between $65-$70, and sell via Classic Game Publisher’s online store. “Our customers love our product,” says Moeller, “but some think we charge too much. Unfortunately, at our sales numbers, we [actually] charge too little. A lot of people underestimate the cost of bringing a new game to market. I love what I do, but making games takes up far too much time to do it simply for props.

“Some people think to keep the price down that we should cut the quality, use old cartridge shells, print on cheaper paper, and not use gate-fold boxes or shrink-wrap the games. However, I believe the people who still buy Intellivision games want a quality product. They want to be transported back 32 years ago, when they opened up a new Intellivision game from the shrink-wrap and found a full color manual in a gate-fold box. Elektronite does that.”

Demand is strong enough for at least 300 copies of any new game, according to Moeller, but he wants to do even more. “Until we came along, no one ever tried to sell more than 300 copies of a new Intellivision game,” he says. “We feel there is more demand, because we have seen copies of previous new [modern release] games going for hundreds of dollars on eBay after they sell out. We probably would not have gone to the lengths that we’ve gone to if we didn’t think we could do better than 300 copies.” 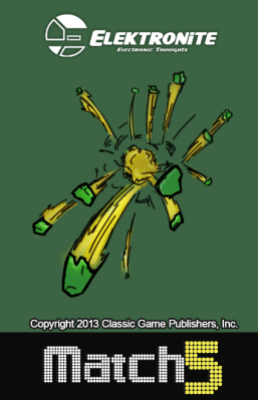 One of Elektronite’s 2013 releases, puzzle game Match 5, is nearing final  production. Moeller explains the journey from homebrew to retail product.

“A programmer recently came to me with a mostly complete puzzle game,” says Moeller. “We looked at it, gave it a name change to Match 5, and decided on some tweaks. I hired an artist for the game who came up with the cover, overlays, sticker for the cartridge, and the word mark [logo] for the game. The software author changed the opening screen in the game to match the word mark. We have come up with a backstory to the game and box copy.

“Pretty much everything is ready to be sent to the printer, but we have to print three boxes at once, so we need to coordinate the printing with release dates. When we get the boxes, we have to glue them together, which takes a bit of skill. We program the game onto the cartridges, test the cartridges, put them in shells, apply the sticker, screw them together, fill the boxes with the cartridge, manual, and overlays and finally shrink-wrap the whole thing.”

“It is a lot of work, but we hope to eventually sell enough copies to make all the effort worthwhile,” says Moeller. 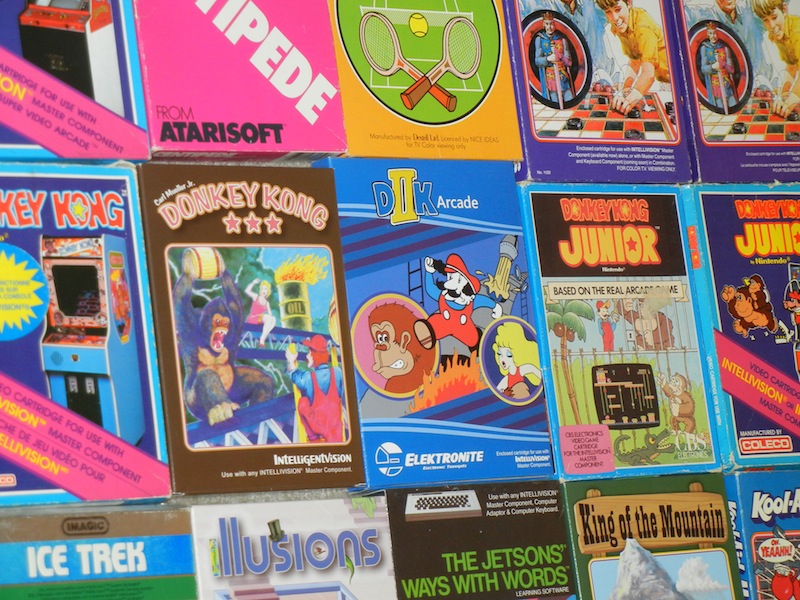 The current Intellivision playing community is small, but what it lacks in numbers it makes up for in passion.

Rick Reynolds doesn’t call himself a gamer, but he has at least one copy of every Intellivision game. He doesn’t play any first-person shooters, online games, or even “the big title questing kind of games.” Reynolds likes retro gaming, and his favorite retro system is Intellivision.

“I have a real sense of nostalgia for the platform,” he says. “It was my first gaming platform as a preteen. A lot of Intellivision games hold up well in terms of playing experience.  There are many Atari 2600 games that I’ll play every now and then, but they don’t hold my interest for more than a replay or two. I go back to some Intellivision games again and again.” 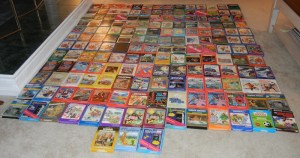 Reynolds makes a point of keeping up with modern Intellivision releases. “I’m very excited every time someone puts out a new cart for the Intellivision,” he says. “I really try to buy each one that is released.”

These recent titles’ quality is clear to Reynolds. “There are a number of more arcadey titles that came out back in the ’80s that play and look really good,” he says. “But the newest releases that are coming out are really in another league.”

He cites D2K Arcade, the Breakout-style Stonix, horizontal shooter Space Patrol, and Christmas Carol as recent examples of homebrew games that are testing the potential of the system. “You get that as consoles age,” he says. “People learn better and better tricks for pushing the hardware further and further. I think that many of the recent releases look and play more like early Nintendo games than the Intellivision games that were coming out during the platform’s infancy.” 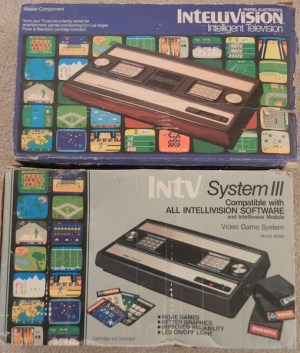 Reynolds is equally impressed by the care being taken in packaging some of these releases. “They [Elekronite] are definitely doing things right in terms of the product,” he says. “Very professional boxes, manuals, cartridges, overlays. The artwork is great as well.”

The fragile nature of vintage machines is often on the minds of collectors. “I really appreciate that [Elektronite] has made digital distributions of both D1K and D2K [available]. That serves the retro gaming community in a way that isn’t really necessary on modern consoles. Someday, all of this older hardware will fail. But having digital versions of the games to play in emulators means that I’ll be able to play these games for years to come.”