Kickstarting Defender of the Crown

Elektonite currently has four games lined up for 2013. Alongside Match 5, the label plans to release adventure game The Lost Caves of Kroz, arcade title Paddle Party, and the D2K Arcade prequel, DK Arcade.

The project stirring up most interest in the Intellivision community, though, is a remake of the seminal strategy game Defender of the Crown. 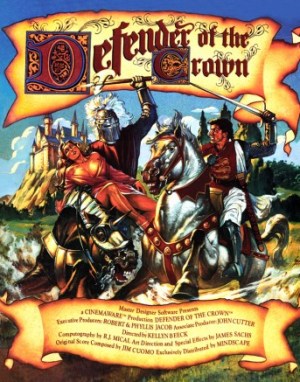 “Defender of the Crown was a breakthrough game on the Amiga computer,” says Moeller. “In the mid-’80s, nothing like it had ever been done before. People referred to it as an ‘interactive movie.’ The graphics were stunning, and the game was a lot of fun, too.”

Making such an ambitious title playable on the Intellivision is no easy task. “It is hard to get your mind around the idea that the game can be done on the Intellivision, but it can,” says Moeller. “The game is half complete, and what has been done is very impressive. It has to be seen to be believed!”

Sensing the benefits of a wider audience, Moeller is planning a Kickstarter campaign to help fund the game. The project needs a full-time programmer to reach completion, and Moeller realizes that Elektronite “[is] going to need a lot of support from Defender of the Crown fans and not just Intellivision fans.”

Cinemaware, the original developer of Defender of the Crown, is fully supportive of the project, and Moeller is adamant that 2013 will be the year the lengthy development process finally reaches completion. “Cinemaware has been great,” he says. “Valter Prette, our founder, has been dealing with them for half a dozen years. They know that we take this project very seriously, and are not going to make a mockery of their intellectual property.”

The future of Intellivision publishing

“It seems like we’re in an Intellivision renaissance of sorts right now,” says Rick Reynolds. “In 2012 there were carts coming out from IntelligentVision, Left Turn Only, and Elektronite.  [That’s] three different gaming publishers for a 30-plus-year-old system.”

While these publishers are all working for their love of the system, Elektronite is trying to turn what has previously been a hobbyist venture into a viable business model.

“I wish them all the best, and I hope that they can make enough money to keep things moving forward,” says Reynolds. “Although it is definitely a niche market.” 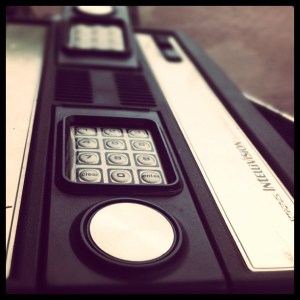 “I believe that retro publishing is a viable business model if you can move 500 or more units,” says Moeller. “If you can’t do that, it is a viable hobby. However, selling 300 copies of a game takes more time than a hobbyist can spare.

“Basically, what I am saying is; if I can’t expand the business, I will probably cut back or get more friends to help produce games.”

Elektronite’s Defender of the Crown Kickstarter may well be a watershed moment for publishing on the Intellivision.

Might there be an untapped market that Kickstarter can reach? “I honestly don’t know,” says Reynolds. “I’d like to think that there are more people who might be interested in retro gaming if they knew more about it. But it seems like a hard sell outside of the crazies like me who really love this stuff and put time into it.”

Whatever the outcome, you can bet that Moeller won’t give up publishing any time soon. His work is driven by a love for retro gaming, and he says that Classic Game Publishers is already looking to develop for other consoles.

You can also bet that Rick Reynolds will still be playing his Intellivision classics when the next generation of gaming consoles have already been and gone.

Those hazy days of ’82 suddenly don’t seem so far off.