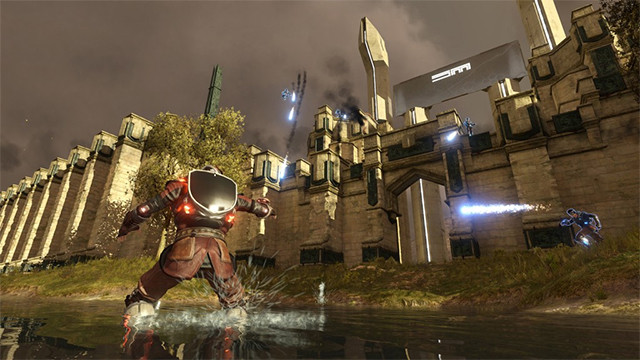 Multiplayer shooters have changed. It’s hard to believe that we used to pay full price for packages like Unreal Tournament and Quake 3 Arena when the most popular takes on the genre today are either free-to-play (like Team Fortress 2 or Tribes: Ascend) or packaged with an expensive-looking, plot-heavy single-player campaign (like the Call of Duty series).

Now comes ShootMania Storm, a newly released competitive first-person shooter for the PC from Nadeo, the folks behind the popular racing series TrackMania. Bucking all trends, ShootMania doesn’t offer customizable outfits, experience points and player levels, a large collection of upgradable weapons, or melee instant-kills. For one price ($20), you get everything ShootMania has to offer and anything else its players can create.

This is a welcome return to a long-gone era. 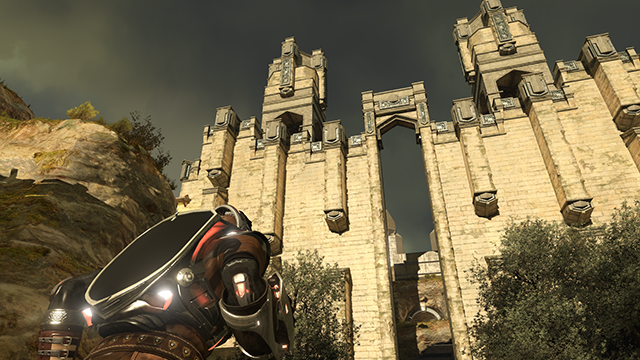 For most of ShootMania’s standard modes, you have one gun and two bars of health. Additional weapons don’t litter the map. Sometimes you’ll enter specific zones that change your weapon as long as you stand in them, but these are few. You’ll spend most of your time with the rocket gun, which shoots slow, large plasma balls with a supply of unlimited, rechargeable ammo. And don’t let the whole “rocket” thing confuse you. Its rounds don’t cause splash damage, so you don’t want to aim at people’s feet. You need a direct hit to knock out your opponent’s health.

Compared to other shooters, this sounds almost archaic, but its simplicity has beauty. Everyone is on a level playing field. You’re not going to get stuck with a crappy pistol because you ran out of machine gun ammo. You also don’t have to worry about losing a fair firefight just because the other guy unlocked a level 99 assault weapon or knew the map well enough to always pick up the rocket launcher when it spawns.

Instead, almost all fights come down to skill, with two combatants dancing around each other as they try to lead their shots. What a pleasant change of pace from knifing and no-scoping. 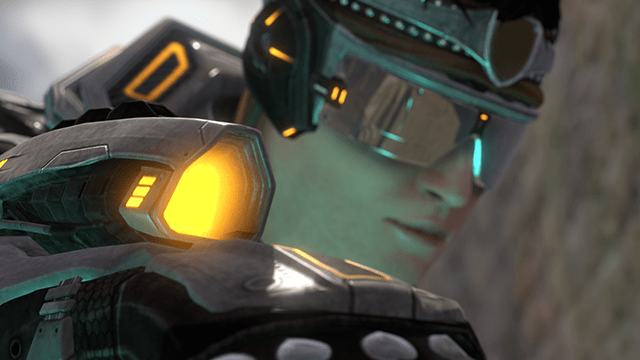 While the core mechanics are simple, ShootMania offers plenty of room for customization and creation. The in-game map editor is better than any other I’ve used. Even the “advanced” tools are easy enough to understand thanks to a grid-based system of building and a convenient copy/paste function.

I mean, I actually made a map. You don’t understand — I’ve never made a shooter map before. Even with supposedly user-friendly modes like Halo’s Forge, I’ve never been able to make more than a random field of blocks that better resembled a graveyard than a fortress. But not only did I make a map for ShootMania Storm, I was actually shocked by how much it resembled an actual level. It wasn’t the next 2fort or Blood Gulch, but it was pretty decent for a first try. Imagine what I can do with practice.

Better yet, imagine what people far more talented than I could do. Well, have done, really. The community has already unleashed new maps and unique ways to play the game. One of my favorites user-created modes is the Obstacle Course, where players compete to see who can run through a challenging test of movement skills the fastest. Not only is this fun, but it actually opens my eyes to some of the intricacies of the design. I had no idea ShootMania even had wall-jumping until I needed to do use it to beat a level. 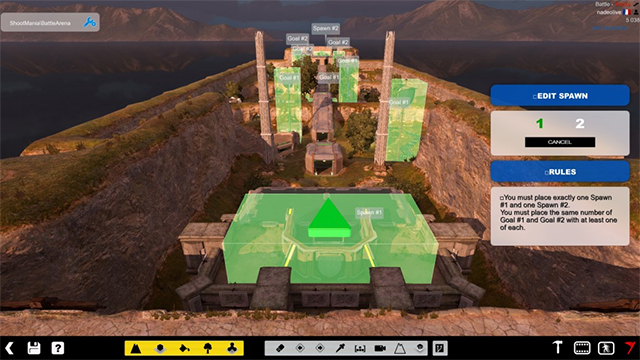 ShootMania also comes with some standard competitive modes. My favorite (and the most popular) is Royale, a free-for-all game in which players can score points by getting hits, being the last person standing, and by capturing a point in the middle of the map. Once someone activates the beacon in the center, a cyclone begins to engulf the map, eventually forcing everyone into a small, hectic circle of death. You keep playing rounds until someone reaches the points goal.

This is a great variation on a survival game mode. Even though being the last player alive nets you the most points, you can actually win the map without once earning that distinction. I actually achieved this myself by focusing on rushing and capturing the beacon at the start of each round. This would usually result in a quick death, but I was able to secure victory by hoarding the capture points while the other 15 players shared survival-winning duties.

Some modes accommodate smaller parties, like the 3-vs.-3 Elite, which sets a single, supercharged player from one team (each player from the team of three gets a turn) against all three members of the other. There’s even a match for 1-vs.-1 battles, Joust, where competitors have a limited supply of ammo that they can only refill by capturing beacons.

The point is that even without all the community creations, ShootMania offers plenty of entertainment. 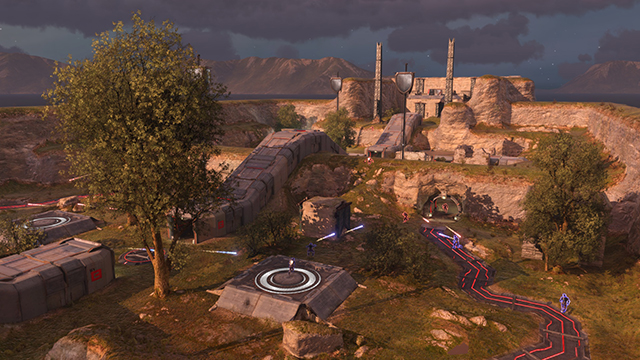 As much fun as ShootMania is, the menus are awfully confusing. At the start I was able to pick from a bunch of buttons labeled after modes or from a giant one simply titled Storm. After stumbling through, I eventually figured out that going to Storm would show me every server. Of course, you can then use filters from there to specify what kind of game you want to play, which makes all of the individual buttons at the beginning unnecessary.

While the creation tools are a giant part of the experience, they are hard to find. Half the time ShootMania directed me to a page asking me if I wanted to rent a server when I was really trying to make a map. Also, if it has an easy way to look at everything that the community has made, I couldn’t find it. Instead, I just had to hope I found something cool while looking through the server list.

I talked earlier about specific areas that change your default rocket launcher to a different weapon. While this is a nice idea in theory, they come off as pretty useless. These zones are so small and few that almost no one really bothers with them, and the new guns aren’t much better or different from the launcher. 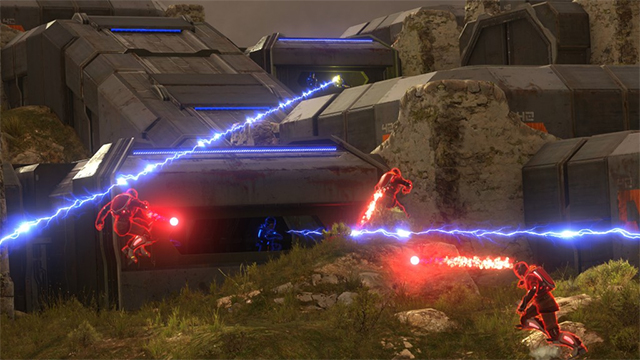 I’ve become used to my shooters practically bribing me to keep playing them. “Maybe one more round and I’ll unlock a new hat.” “Maybe if I get a few more kills I’ll reach a new level.” It’s nice to get back to basics with ShootMania Storm and recall a time when we played for the joy of playing.

And while the creation tools offer a potential for unlimited greatness, the truth is that ShootMania is fun today.

ShootMania storm is out now for the PC. The publisher provided GamesBeat with a downloadable version of the game for the purposes of this review.