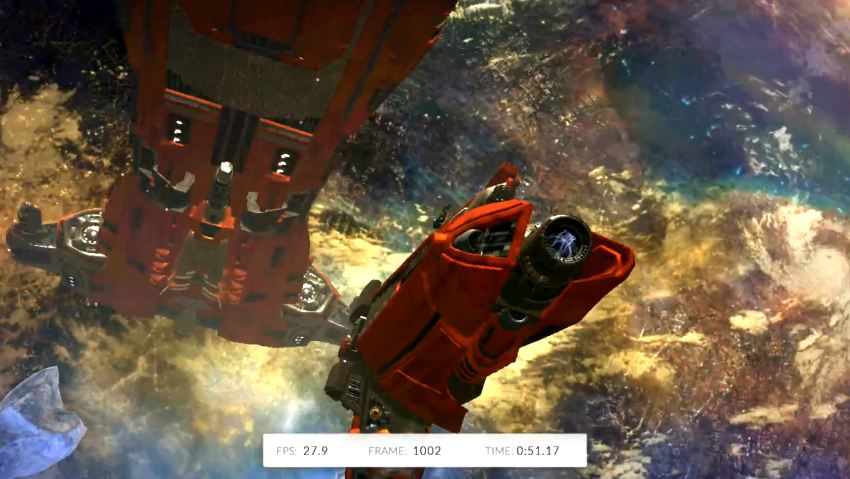 Last week, developer James Coote (designer of Ouya game Executive Star) worked with graphics firm Futuremark to determine the raw capabilities of the Ouya Android console. He posted the results to YouTube, and Futuremark listed the device on its ranked list of mobile hardware.

Ouya stormed the gaming scene with a massively successful Kickstarter in 2012 that raised nearly $8.6 million. With that kind of support, the device is expected to bring even further disruption to the console market and chip away at Microsoft, Nintendo, and Sony. Its graphical prowess should play a key role in how gamers view it in comparison to the competition.

The 3DMark benchmark measures a device’s hardware and spits out a cumulative number that represents its performance as a whole. Ouya scored a 4,077 — that was enough to land it at 73 on Futuremark’s list of most-powerful Android devices. That puts it ahead of the popular Nexus 7 tablet from Google, which scored a 3,551, but the console couldn’t outperform older tablets like Asus’s Transformer Pad Infinity, which scored a 4,246.

The results speak to Ouya’s aging chipset, which includes an Nvidia Tegra 3 graphics processor, a 1.7 GHz quad-core ARM CPU, and 1GB of memory. Both the Nexus 7 and Asus Transformer Infinity also run the Tegra 3.

LG’s Nexus 4 phone, for example, scored more than double the Ouya with a 10,201 on the 3DMark tests. HTC’s One and Samsung’s Galaxy S IV are both even higher than that.

It’s important to keep in mind that benchmarks like 3DMark only measure raw capabilities. It doesn’t take into account real-world factors that can greatly affect a device’s performance in more realistic use cases. Nvidia is especially effective at working with developers to get the most of its hardware.

Also worth noting is that the $99 Ouya is a fraction of the cost of a Galaxy S IV or HTC One.

Finally, it’s not like the microconsole can’t play 3D-intensive games. Most developers build their releases around the most popular hardware — that’s the Nexus 7 and Samsung’s Galaxy S III, which scored a 5,076 on the benchmark. The Ouya can handle just about anything that phone can, so it shouldn’t hurt for software.