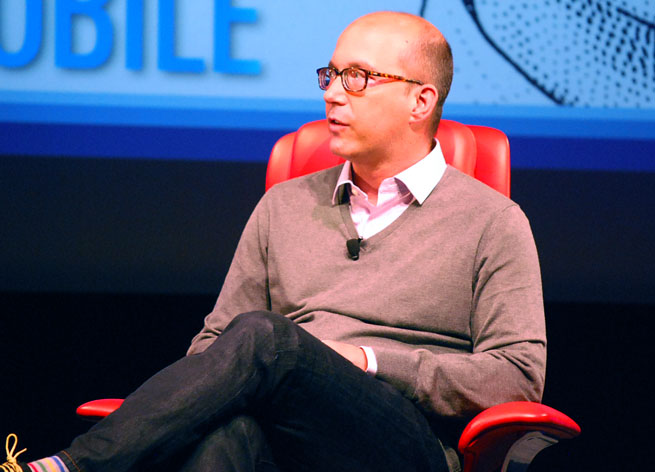 NEW YORK CITY — When Facebook launched its Home skin for Android phones this past Friday, we wondered if Twitter — another powerful social network — might want in on the action. Twitter vice president of product Michael Sippey said today at the Dive into Mobile conference that he wants to see a greater presence for tweets on the Android lock screen like Home has.

“There are a lot of things we’re looking at on Android and across all of our applications to make it easier to see tweets,” Sippey said. “[Facebook Home] is a really interesting product experience. … I’d like to see tweets there [on the lock screen], so we’ll see how that goes.”

It would certainly be a fascinating development if Twitter were to create its own Android skin. But with Facebook Home getting highly negative reactions from Android users, we’re not sure Twitter would want to go down that road.

Sippey also tackled a few other topics. Here’s what he said:

He also said that false information being spread on Twitter was stomped out almost instantaneously.

Twitter bought the company We Are Hunted so it could eventually launch Twitter Music, a new app for music discovery by Twitter. That app hasn’t publicly launched yet, and Sippey was shy on details. Still, he did say that Twitter Music would be its own experience

“[We Are Hunted has] built an incredible app. Like Vine, it’s a purpose-built app,” he said.

Vine, the video-sharing app Twitter bought back in October is still being run as a separate in a separate office in New York City. Sippey explained that the Vine app is specialized and thus has its own laser-like focus.

Sippey admitted that Twitter has considered giving users the ability to “mute” certain topics. So if someone doesn’t want to see a bunch of tweets, for example, about the MTV Video Music Awards, those tweets could be silenced from the river.