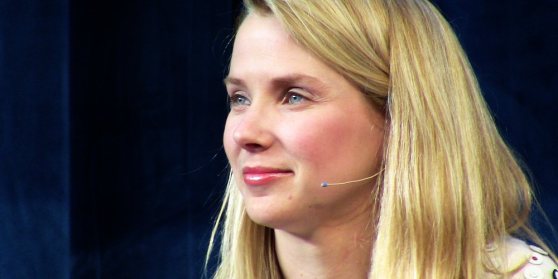 Yahoo and mobile. We’ve been hearing for months now that Yahoo wants to focus on mobile. But during the company’s earnings call today, did that focus shine?

What we’ve seen from Mayer so far as Yahoo’s latest CEO, we’ve liked. She’s been tough (notably on workers-from-home), but her choices have been rational and good for the bottom line. She’s focused on engineering and technology over media and restructuring deals. And she’s brought in some really good talent.

But on the mobile side, has Yahoo come far enough? Let’s take a look at the specifics.

In today’s earnings call, Mayer highlighted a string of acquisitions: Snip.it, Alike, Jybe, and Summly. These buys were brokered “to build world-class technology and engineering teams in mobile and personalization,” the company said in its earnings statement.

Summly, in particular, was a coordinated effort to get on-trend mobile IP and talent on Yahoo’s team. The app was a gorgeously simple interface that sums up news articles — an ideal way for Yahoo to accomplish Mayer’s stated goal of bringing Yahoo’s wealth of content to mobile interfaces.

The company has stated that it integrate Summly’s product into Yahoo’s mobile offerings.

While we can’t yet see the total effects of these acquisitions and acqui-hires, we do like the direction the company is taking, cherry-picking small teams and products that look and feel modern, fresh, and young.

Other changes, the company stated, revolved around design. The revamped, pared-down Yahoo.com homepage was built with smartphones and tablets in mind.

As part of the redesign, a few mobile-friendly features popped up. First, tons of content and navigation disappeared, giving the whole thing a cleaner, simpler look — a necessity for smaller screens. Second, the homepage got infinite scrolling to give on-the-go users a quick, easy way to get more news and content.

Yahoo Mail got a facelift, too, with new mobile apps that put it in the ring with Outlook, another aging contender that’s keeping its services fresh-looking and up-to-date with younger products.

As unpopular as we in the thick of tech might think Yahoo Mail and the Yahoo homepage are, they’re still Yahoo’s biggest products, and as such, its best hope for increasing revenues from advertising.

On the quieter side of its corporate news, Yahoo is slowing starting to get rid of some of its mobile apps. Mayer has previously stated that 12 or so applications is the right number for the company to continue to develop and support; the rest are just clutter.

Right now, the company has around 20 apps for iPhone and Android — everything from a dedicated application for cricket to the fairly standalone Flickr to a completely confusing television app called IntoNow.

Some of those application will need to be killed off, especially if Yahoo wants to crank out more and better apps in the months to come.

And while Yahoo’s stock price has been on a slow but steady rise, its revenues are still in a shaky mode as various parts of the company’s income slow their losses bit by bit or increase their growth ever so slightly. Yahoo is a big ship, and it’s going to take a while to turn the entire brand and business around.

While we did see evidence that Mayer & co. are making every effort to do better at mobile with a great new look and feel for key products and some awesome acquisitions, it may still be a while before the world thinks of Yahoo as a mobile-focused company. But we’ll wait and see what launches, features, and UIs appear over the summer; we have a feeling Yahoo’s mobile best is yet to come.