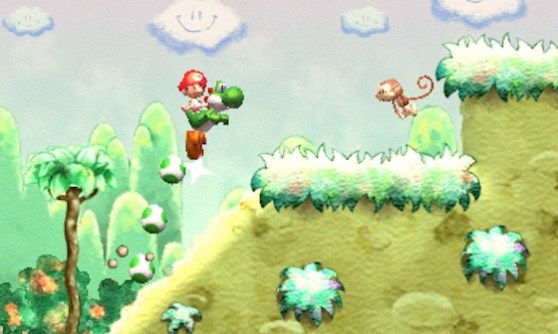 Nintendo briefly showed off a new Yoshi’s Island game for its 3DS handheld gaming system. As we saw during this morning’s Nintendo Direct presentation, this new game maintains the hand-drawn, colorful look of previous installments in the series.

In the video, we learn that Yoshi’s old moves, such as the flutter jump, ground pound, and egg throw, are still part of the game. “It also offers new action, which utilizes the Nintendo 3DS system’s unique features to make the game new and fresh,” said Nintendo president Satoru Iwata.

The first Yoshi’s Island game released on the SNES in 1995, and its sequel, Yoshi’s Island DS, arrived on the Nintendo DS in 2006. Both feature side-scrolling, platforming gameplay. “Now, several years later, the third installment in the Yoshi’s Island series is coming to Nintendo 3DS,” said Iwata. 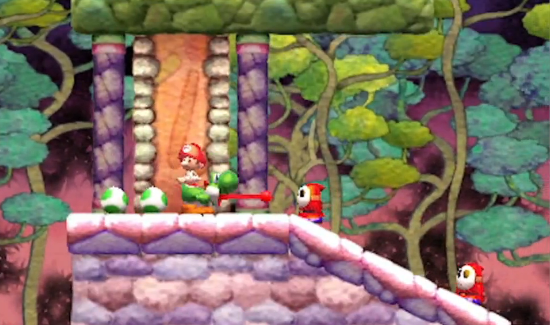 Above: Yoshi's Island for 3DS maintains the visual style of the series.