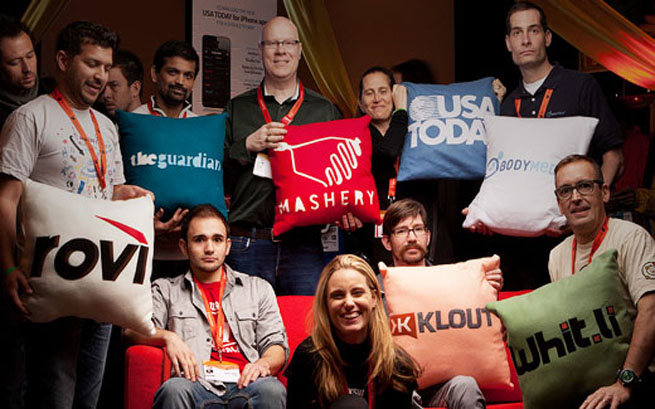 Chip maker Intel has agreed to purchase API management startup Mashery for an undisclosed amount, and the startup will be folded into Intel’s Services Division.

Intel posted worse than expected earnings yesterday, which launched more talk about the decline of PC sales. But some forget that Intel does more than just hardware and offers software and services to enterprises. The addition of Mashery to its lineup will help bolster that aspect of the company.

Mashery CEO and cofounder Oren Michels said he’s quite happy about joining Intel, thinking that the move makes a lot of sense for both companies. Intel and Mashery were already partners as of November, working together on secure API product management.

“Intel is one of the biggest software companies in the world, and we’re excited to be a part of it,” Michels told VentureBeat today. “We’re coming in here to do interesting things.”

The first confirmation of the deal, as reported by ReadWrite, said that the move would help Intel become a more important player in data centers and in the cloud infrastructure sector.

Michels said data centers would certainly be on his list of areas to bring Mashery’s tech to, but he said that was just the beginning.

“This is a chance to get into a lot of places,” Michels said. “I haven’t even made out a full list yet.”

Michels also said the move will not broadly affect his company and employees. Mashery will remain in the same offices in San Francisco, will keep its existing partnerships, and will likely keep the same branding.

“They’ve told us that they value the brand, and I don’t anticipate it will change,” Michels said.

The terms of the acquisition were not revealed by either company, and Michels said Intel almost never discloses amounts on its acquisitions. We also don’t know at this point if there will be any Mashery layoffs.