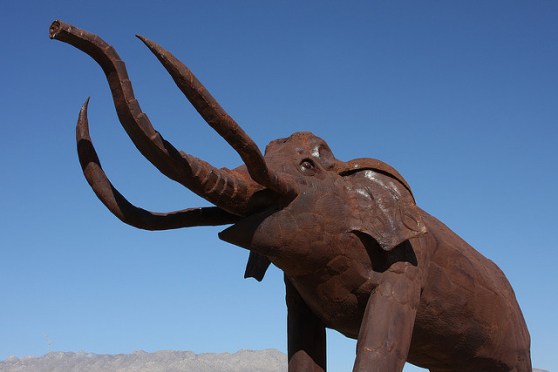 Why so much Evernote love? Because the app allows people who deal with a lot of online input — people like me and you, probably — and organize it. It’s a power user’s dream.

But Evernote isn’t the only productivity tool out there. Giving the note-taking service idea a go is Mammoth, a web service and browser extension (dubbed “Mini Mammoth”) that works in a manner very similar to that of Evernote — with some exceptions.

“What we’re building is something that lets you filter and save parts of the world that are most useful to you. We want to simplify your online life.” Mammoth co-founder Amit Narayanan told me. 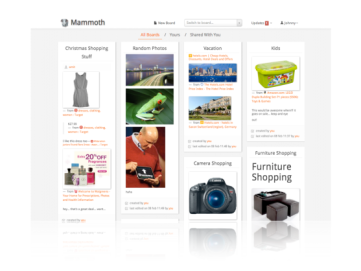 Above: Mammoth organizes entires into “Boards”, not notes.

At Mammoth’s core is the idea that the easier it is for users to save the bits of the Internet they find most interesting — text, photos, or even whole web pages — the better their online lives will be.

I hate to evoke Evernote again, but, well — that sounds a lot like Evernote. How does Mammoth set itself apart?

For one, there’s the collaboration aspect. One of Mammoth’s central features is that it allows users to invite others to their boards, letting them work together on projects like house buying and event planning.

And then there’s the clipping. “One of the things I’ve had a problem with with Evernote  is that it’s a great app for note taking but clipping — not so much,” Narayanan said.

I’ve had a few similar experiences. As Narayanan points out, making multiple clips from the same webpage in Evernote creates multiple entries, which never quite made any sense to me. From what I can tell so far, Mammoth simplifies that experience.

So far, reception to Mammoth has been positive, at least according to the students at Stanford and Berkley who have been  testing it out.

My take: As someone who has never quite figured out Evernote, I’m all for competing note-taking services. Mammoth — which is still in beta, mind you — is a worthwhile take on a space that we shouldn’t be quite so eager to surrender to just one elephant-branded note-taking service.