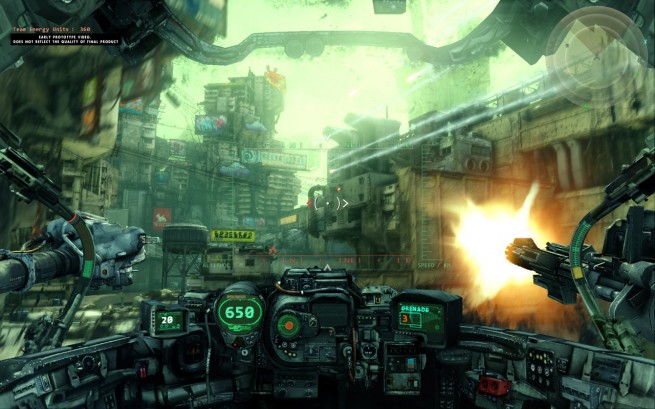 U.S. digital game sales in March grew to $875 million, up 2.9 percent from a year ago. The data reflect a growth in mobile and a weakness in social networking games.

Market researcher SuperData said the digital games category — which includes mobile, social, and online games — was stable in March, up 1.1 percent from February.

The social gaming segment revenues were $124 million, and the number of monthly active social gamers in the U.S. dropped below 200 million for the first time in a year. That’s a decline of more than 10 million monthly active users. SuperData said that signifies the departure of less-committed players as both conversion rates (from free play to paid play) and average revenue per playing user were both up in the category.

“EA’s retirement of SimCity Social and Playfish, which it initially had acquired for almost $400 million in 2009, emphasizes the loss of interest in the space by major publishers,” SuperData said. “Despite a mostly static leaderboard, Facebook insists that it remains a healthy ecosystem, evidenced by the payouts to smaller and medium-sized developers.”

Meanwhile, mobile game revenues in the U.S. were up 7 percent in March at $157 million. The average conversion rate was 5.34 percent, though the attention span of mobile gamers weakened.

“Supercell dominated the U.S. mobile games market in March, with both Clash of Clans and Hay Day among the top grossing mobile titles,” Supercell said. “EA’s The Simpsons: Tapped Out appears to be on its way out of the top charts, as the dream of mobile casino titles like Big Fish Casino to claim one of the coveted top three spots is becoming more tangible.”

Free-to-play massively multiplayer online games saw an increase of three million players in March, and overall revenues in that category grew to $195 million. Part of the reason was the success of three mech-battle games — Meteor Entertainment’s Hawken [above] and Infinite Game Publishing’s MechWarrior Online.

The pay-to-play MMO segment lost an estimated 289,000 subscribers in March, but revenues remained stable at $86 million. A further seasonal decline is expected in April.

In downloadable content on the PC and consoles, revenue was stable at $312 million versus February. Compared to the same month a year ago, DLC revenues grew 19 percent. 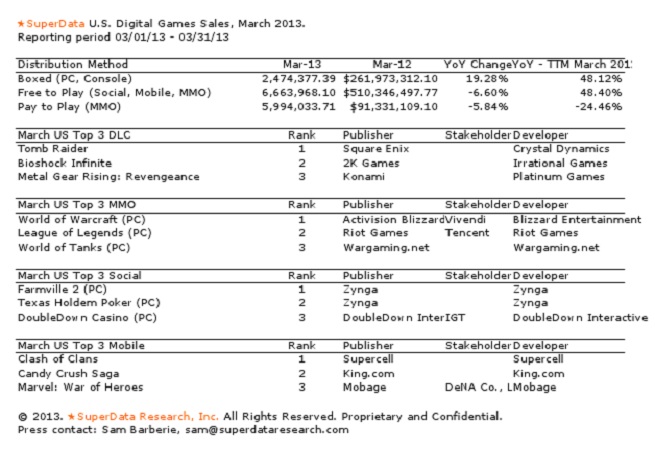