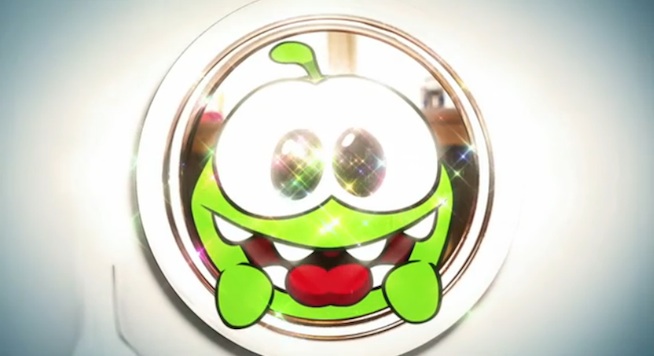 Unless you’re a heartless monster, the sight of cute pets who need our tender love and care is simply irresistible in video games. For proof, just look back at the 1990s, where the Tamagotchi craze began (and quickly died) alongside the Pokémon and Digimon games.

Developer ZeptoLab tapped into this innate desire when it released the first Cut the Rope for mobile phones and tablets in 2010. The goal was simple: feed the weird green monster (called Om Nom) some candy by solving physics-based puzzles. Almost three years and 300 million downloads later — and after a successful sequel with Cut the Rope: Experiments, a Chinese New Year-related update called Cut the Rope: Lantern Box, a comic book, lucrative merchandising deals, and the launch of an animated web series — ZeptoLab is ready to unveil its newest Cut the Rope game.

Cut the Rope: Time Travel (out today for iOS and Android devices and reviewed on an iPhone 4S) isn’t a radical departure from its predecessors, but it’s just as addicting. The biggest change is that you now have two Om Noms to feed in each level: the one from the present and an ancestor from its family’s past, like a warrior from the Middle Ages or an artist from the Renaissance. Future updates to Time Travel will include new levels as well as the second season of the animated Om Nom Stories (the first episode comes out May 4), which you can watch from within the game.

In other words, Cut the Rope: Time Travel continues ZeptoLab’s quest of transforming Om Nom into not just a popular video game monster, but also as a widely recognizable cartoon character. 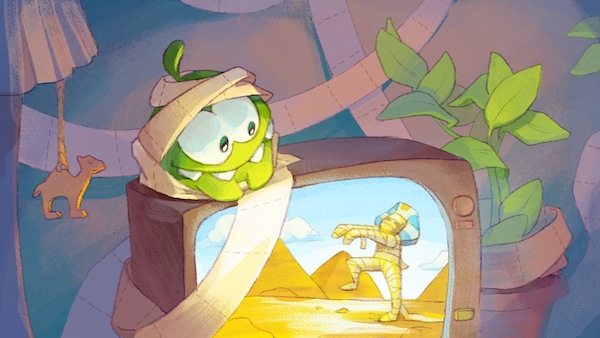 How can you not love Om Nom’s face? ZeptoLab has done a great job of turning a green blob with stubby legs and huge eyes into a lovable character that you just want to squish to pieces — it’s like the long lost cousin of Gizmo and Stitch. From the cartoon, we know that Om Nom has a bit of a personality, too: It’s rambunctious and has a child-like sense of wonder (which led it to stumble into a mysterious time machine in the first place). Om Nom oozes the kind of charm that both adults and children can appreciate.

Just the right level of difficulty

While the first 90 levels (which I completed in about two hours) steadily adds new challenges, it never feels too overwhelming. Familiar obstacles and tools like ropes, rockets, and bouncing platforms are still here, as well as new ones like portals and the ability to stop time (see the gallery below for a full list). Trying to figure out which object to activate first is a lot like applying the order of operations to a math problem: If you accidentally set off something or mess up in just one area, you’ll probably have to restart the level.

Like in the first two Cut the Rope games, however, I never felt truly stumped. Just when I’m thinking about using Om Nom’s telepathic powers (it has a finite amount of uses) to cheat by pushing candies to its mouth, I find a way to pass the level. It isn’t always the most elegant solution, nor do I always earn a perfect three-star rating, but it’s still rewarding to solve Time Travel’s complex visual equations.

Pesky ads asking you for money

Nothing takes you out of the experience like an ad that constantly reminds you that you can refill Om Nom’s superpowers with real money. You’re given a few to start off with, but the message pops up if you’re repeatedly failing a level. I suppose the prices aren’t too insane (from 20 uses for $1.99 up to 1,000 uses for $19.99), especially since the game costs about a buck or three depending on the platform, but it’s just another stark reminder that mobile games are not afraid to put their business models front and center. 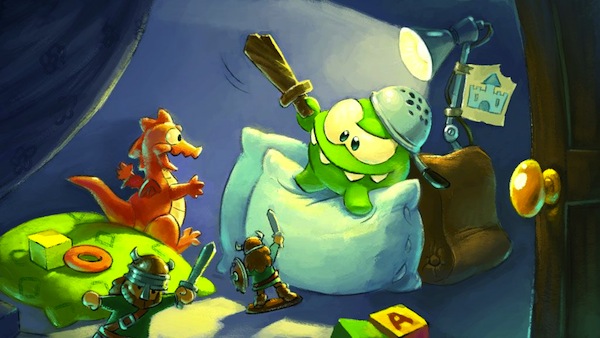 Cut the Rope: Time Travel is the type of time-wasting game that mobile devices excel at. Most of the levels takes seconds or minutes to solve and it’s easily double that amount for dedicated players going for the coveted three-star rating in every level. Having two mouths to feed doesn’t change the formula all that much, but when combined with the funny time traveling premise and the upcoming cartoon, ZeptoLab gives you more than a few good reasons to come back to Om Nom again.

Cut the Rope: Time Travel is out now for iOS ($0.99 for iPhone and iPod touch, $2.99 for iPad) and Android devices ($0.99 on Google Play). The publisher provided GamesBeat with the iOS version for the purpose of this review.