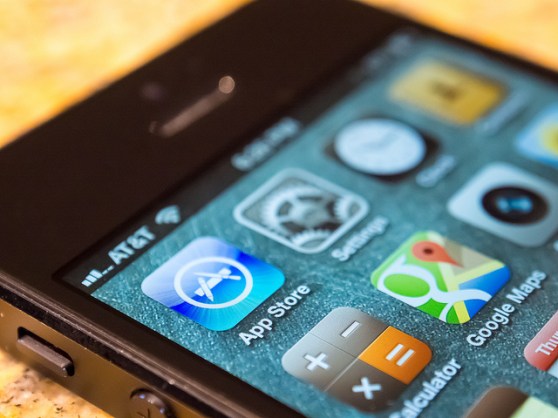 App developers have a problem, and that problem is discovery.

For a lot of apps, one solution to the obscurity problem is using a service like Tapjoy, which gives people in-app credits if they download certain apps. While not exactly kosher, these services do what they’re supposed to do: get developers the downloads they need to increase their app store rankings.

But it doesn’t take much thinking to see why such a system could be broken. After all, these incentivized downloaders may be downloading your app, but they’re probably not using it.

While the situation generally stinks, app developers don’t have too many options — at least not until now. Hubbl, which specializes in this sort of stuff, now offers one more possible fix: Take the world of contextual advertising and apply it to app discovery via a platform called Hubbl Spacebar. 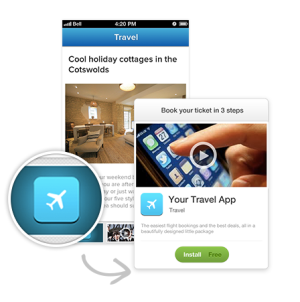 Above: Spacebars look just like the apps and mobile web pages that surround them — which is exactly the point.

“We’re tyring to bring people out of the c0st-per-install mode of thinking. If you show the right app to the right people in the right setting and respect that relevancy, then the install and engagement will follow,” Hubbl CEO Kushal Choksi told me.

It’s a powerful, albeit somewhat obvious idea, and Choksi hopes it will attract the attention of developers — especially because it’s pretty cheap. Spacebar campaigns start at $50, which is a low enough price for even the most cash-strapped developer to swallow.

“With Spacebar we’re putting your app in front of the people who would be interested in it — and we’re making it look as native as possible,” Choksi said.

That native idea is an important one for Spacebars, which are supposed to look like they’re a part of the webpage or app that they’re embedded in.

All of this, again, ties into that engagement idea. Hubbl’s pitch is that if it can reach smartphone users when they’re most interested, they’ll be more likely to download the app being advertised to them. “The spray approach to app marketing isn’t working. Developers are starting to feel that fatigue,” Choksi said.