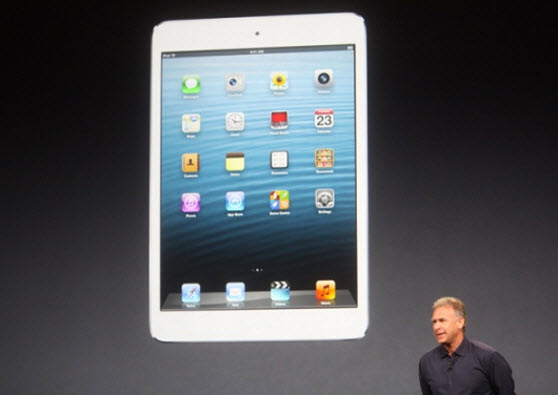 Here’s a shocker: The iPad 5 will be 15 percent thinner and 25 percent lighter than the current model.

This report comes from KGI Securities analyst Ming-Chi Kuo, according to MacRumors. Before you dismiss Kuo’s notes as guesswork, it’s worth noting that he has a very accurate history with his Apple predictions. Either he has great sources, or he’s very good at guessing.

If Kuo’s predictions are accurate, the next iPad be about 7.5mm to 8mm thin and weigh about 500 grams (1.1 pounds). It will carry a Samsung-supplied A7X chip and cameras “with similar specs to the iPad 4’s.” The iPad 5 will also have a thinner bezel that more closely resembles the iPad Mini’s design.

And while iPad 5 will have a smaller battery, more efficient display and chip technologies will make up for that difference.

Production for the new iPad should begin by August or September, according to Kuo’s research note.

The iPad design hasn’t changed drastically since Apple announced the iPad 2 in 2011. The iPad 3 released in 2012 with a Retina display upgrade, and the fourth-generation iPad came just a few months later in November with some minor processor tweaks and Apple’s Lightning connector.