You may not remember that time you jokingly asked Siri how to bury a body, but Apple sure does.

Apple holds on to Siri queries for up to two years after they’re asked, an Apple spokesperson tells Wired. After iPhone users ask Siri a question, that question gets analyzed and stored. Six months later, Apple anonymizes the data, but the company holds on to it indefinitely for “testing purposes.”

So everything you’ve ever asked Siri is being stored on Apple’s servers somewhere. 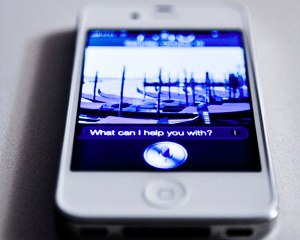 Above: How about helping me delete my data?

Apple’s desire to hold on to Siri data is understandable. After all, every current Siri response only serves to make future Siri responses faster and more relevant. More, that data is powerful even without knowing who it came from.

The real problem, though, isn’t that Apple keeps the data — it’s that not so many people are aware that the storage is happening.

Apple’s privacy policy, for instance, doesn’t mention Siri at all, and the Siri FAQ makes no note of how long Apple stores user queries. Whether that oversight is intentional or not isn’t known, but Apple would certainly be wise to rectify it soon.

Fortunately, Apple says it automatically deletes your data if you decide to turn Siri off, which should be a welcome solace to the more privacy-obsessed iPhone users out there.

All of this, of course, should be vindication for IBM CIO Jeanette Horan, who told MIT’s Technology Review last year that her company bans Siri for the exact things we’re talking about here.

Perhaps every company should be as conservative as IBM is.