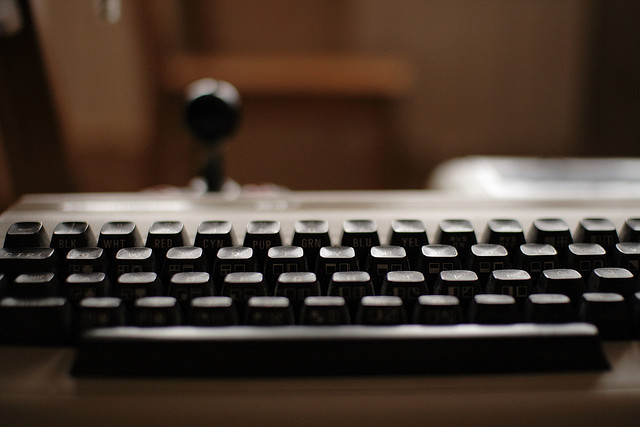 The Commodore 64 celebrated its 30th anniversary in August 2012. Time and technology has moved on since 1983, but the 8-bit home computer continues to survive as a viable gaming platform.

James Monkman, the project leader at Retro Gamer CD (RGCD), and “C64 hardware guru” Tim Harris are helping drive this C64 renaissance, handcrafting and mailing out new game cartridges from their U.K. base to countries as far afield as Japan and Tasmania.

Commodore 64: The little computer that could (and still can) 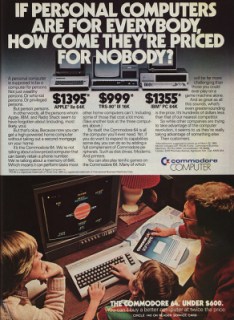 Entering the market in 1982, the C64 gave consumers an affordable and competitive home computing option. It become the most popular single model computer during its 12 years of production, with an estimated 17 million units sold. These sales remain unsurpassed today.

The machine’s hardware features — including 64KB RAM, 16 colors, and a dedicated sound chip — meant that millions of households ended up with a powerful gaming machine at their fingertips. Commodore even turned its C64 hardware into a dedicated gaming console in 1990, releasing the short-lived “Commodore 64 Games System.”

“The 64 was and is a very unique system that no other console or home computer replicated,” says C64 aficionado Eric Nelson. “The combination of recognizable graphic elements and SID [sound interface device] chip make it a very viable gaming system, even today.”

“One of our early review writers, Jason Kelk, had programmed a few small Commodore games that weighed in at less than 8KB each,” says Monkman, “and I found an incredibly dedicated C64 guy called Tim Harris who was selling newly manufactured C64 cartridge PCBs [printed circuit boards]. 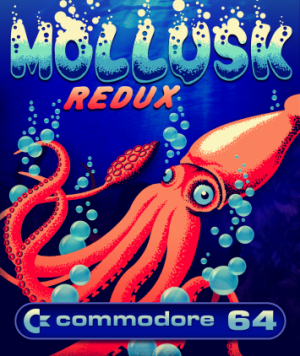 “Initially sold via the Retro Gamer magazine forum at cost price, these first simple little game cartridges proved popular, and over time we evolved as a group into producing and selling bigger and better games, both in-house and as a third-party publisher.”

Monkman is especially proud of the way RGCD presents its physical releases, and rightly so.

“Artwork is key,” says Monkman. “I’m really proud to have people like [Denmark based illustrator] Flemming Dupont and acclaimed pixel artist iLKke involved in the team. The box designs for Get ‘Em DX and Mollsuk Redux surpass many box designs of the past, in my opinion.”

In total, RGCD has 17 cartridge-based C64 games available at its online store. Its most ambitious release, Soulless, comes in an internally illuminated transparent cartridge shell along with a fold-out map and poster, stickers, a companion CD containing bonus material, and a 16-page comic book. 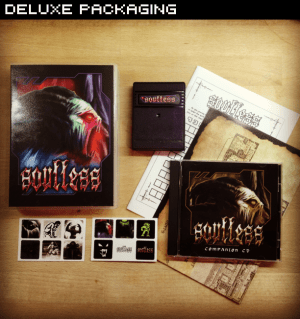 “Tim Harris of Shareware Plus and Ray Lejeuz of Arkanix Labs design and mass-produce the components we use, including the ever-increasing variety of colored cartridge shells our games end up being housed in,” he says.

“The rest of the package includes a DIY-printed glossy sticker wrapped around a cardboard carton, or an inlay inside a customized U.S.-imported Universal Game Case with a foam insert, plus a printed paper manual and vinyl stickers from Moo.com. It’s all pretty modest stuff, but still takes quite a lot of time to pull together.”

“Paulko64, a relatively new coder, introduced himself to the C64 scene with a preview of a VVVVVV conversion, originally a PC-based indie game by Terry Cavanagh. He then entered our first C64 game development competition, announcing that his game would be a conversion of one of the biggest indie games of the decade. Paul remained tight-lipped about the project until he had a near-finished version of the game, and then – much to our surprise – it turned out another C64 coder, going by the name of Mr Sid,  had developed his own port.” 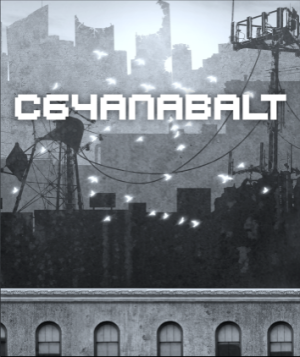 Neither developer wanted their hard work going to waste. “Eventually it was decided that Mr. Sid would release first, and Paulko64’s version would feature the ‘official’ tag,” says Monkman.

RGCD had already talked with Adam Saltsman, creator of the original Canabalt, who gave his full blessing for the C64 conversion. Not only that, he also came up with the title “C64anabalt” and designed the box art for game.

Veteran game journalist Julian “Jaz” Rignall reviewed C64anabalt last year, with the game taking him firmly back to his C64 roots. “My first job in the games industry was at ZZAP! 64,” said Rignall, “a magazine dedicated to Commodore’s brilliant home micro, and during my time there the machine became engrained into my gaming DNA.

“I just love the idea that three decades after the debut of the system, there are programmers out there who are not only still making games for it but are dedicated enough to hand craft them into cartridges.”

In a suitably retro-style review, harking back to the classic days of ZZAP! 64, Rignall concluded that “RGCD showcases how classic platforms can still continue to entertain many years after they were thought to be redundant. The game’s beautifully minimalist graphics and somber music work harmoniously to create a great atmosphere, and its fast-moving gameplay delivers highly enjoyable, short-burst arcade action that’s addictive and fun.”