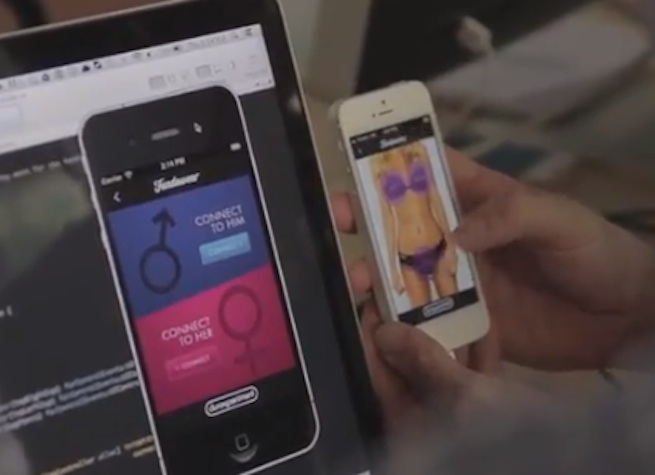 Set aside the Bill and Melinda Gates Foundation’s offer to reinvent the condom; Durex is conducting its own research and development — for underwear.

The condom manufacturer unveiled its new “Fundawear” product yesterday, which is basically a set of undergarments (bras, panties, briefs, and such)  that will vibrate whenever your partner decides you need some sexual attention. Oh, and you can control it from your smartphone — this sort of brings new meaning to the definition of “phone sex.”

According to the demo video, the vibration sensors are supposed to mimic real human touch. You use the smartphone app to specify the portions of your partners body you’d like to stimulate, which are represented through circles on those body parts. When you touch those circles, it activates the underwear’s vibration sensors.

Fundawear isn’t yet available to consumers, so we don’t really know what this kind of tech will set you back. However, the company is running a contest on their Facebook Australia page that offers you a chance to win a set of Fundawear before it goes on sale.

Check out the demo videos below, and please make a slightly inappropriate and witty comment below in our comment section.