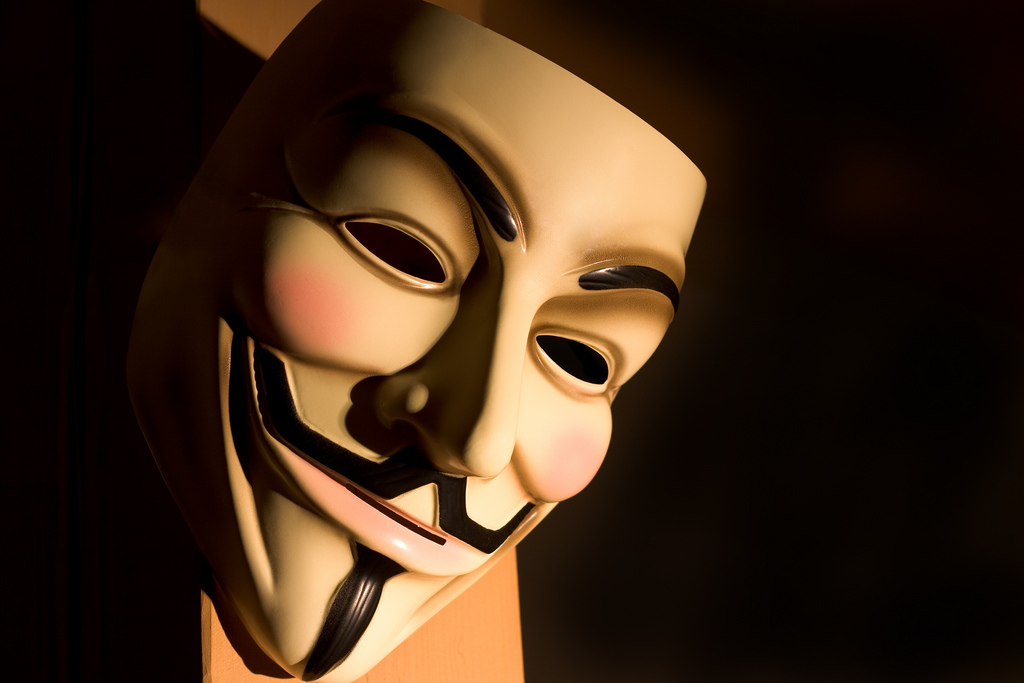 Last week I published the story of Sarah Hanson, the 19-year-old developer who auctioned off 10 percent of her future income in exchange for a $125,000 investment into her startup, Senior Living Map. Subsequently, many other news sites picked up on Hanson’s amazing story.

When I originally contacted Hanson to chat about the auction, her startup, and why she’s skipping college to go straight into the tech startup world, she didn’t want to talk on the phone. Instead, she asked me to conduct the interview via email. That happens from time to time, so I said OK.

Above: Sarah Hanson, according to the 32 Auctions site

But then a TV network reporter called VentureBeat, telling us that Hanson asked to be interviewed via email for a segment she was planning to do. Not only that, the reporter said, Hanson absolutely refused to do a phone interview. A VentureBeat reader contacted me and questioned whether Hanson was too good to be true. And when a journalist at another publication asked me if she was real or existed, I had to dig a little deeper.

My story began when Sarah Hanson, or someone purporting to be a 19-year-old girl named Sarah Hanson, contacted VentureBeat via email about how she funded her startup:

It’s the result I hoped for but I’m still a bit stunned.

A couple week ago, I was sitting at my desk trying to come up with an idea that would enable me to work on Senior Living Map full-time.

Today, I have someone willing to invest $125,000 in me. The beauty and power of the internet. It’s amazing.

An email conversation ensued, and after she asked to be interviewed via email, I sent her a list of questions. I also checked for a LinkedIn account or a Twitter account, but didn’t find one, and put that down to her age. At that point, perhaps I should have been more suspicious.

Her answers, as you can see in the story, are superb and reveal a precocious teen (or someone) with insightful answers such as “my definition of being an underserved market is the lack of a solution that provides the maximum amount of value with the minimum amount of complexity,” which she credited to Aaron Levie, the founder and CEO of Box. But there’s also a lack of specificity to her answers that some people find suspicious: no mention of which college she’s attending, no city or location, and no name for the angel investor who won the auction by bidding $125,000.

The website itself, Senior Living Map, is light on details about the company, organization, or people behind it. It lists no address, no location, and no phone number. There is an email address, feedback@seniorlivingmap.org, but no other contact information. One clue, however, can be found in the sites terms of service, the legal framework under which it can be accessed:

Any claim relating to Senior Living Map’s website shall be governed by the laws of the State of Washington without regard to its conflict of law provisions.

A search of the Washington State corporation records turns up no company called Senior Living Map. Neither does a search of Nevada or Delaware corporations, other tax and investor-friendly places where many companies incorporate. 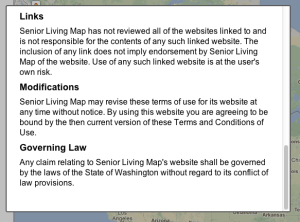 I contacted Madison, Wis.-based 32 Auctions to see if I could learn more. The answers I got were less than satisfactory, mostly due to the auction sites’ design:

I’m including a general response which we are providing to reporters in regards to this particular auction.  This should answer most of your questions.

We built 32auctions in a way that makes it very easy for anyone to host a silent auction online without needing to work directly with us.

In regards to this particular auction…

We have had no contact with the auction administrator.  We first saw mention of this auction on April 14th through Twitter.  From what we’ve seen, the auction looks legitimate.  However, only the parties involved will really know.

The majority of auctions hosted on 32auctions are fundraisers for non-profits, schools, churches, friends/family with a significant life event, and businesses looking to help their communities.  This is the first time we’ve seen someone auctioning off their future earnings to fund a start-up.

In response to further requests to speak on the phone, the 32 Auctions contact apologized and said that “we only offer support through email.” I hate to say that this is starting to sound familiar, but frankly, it is.

I have also attempted to contact Sarah Hanson multiple times via email. I told her I would like to give her a chance to set the record straight and prove that she is who she says she is.

I have received no response yet.

So here we are. I can’t guarantee that the woman I wrote a story about exists. And I can’t disprove it at the moment, either. All I can do is lay out what I have learned so far, and keep digging to learn more. If I have written about a fake, constructed persona, and have been the victim of an elaborate hoax, either for publicity or kicks or some as-yet-unknown reason, I apologize to VentureBeat readers.

One additional note: My original Sarah Hanson story has  been picked up by a massive number of publications, with Huffington Post, CBC, Yahoo, GeekWire, and AOL writing about Sarah Hanson and Senior Living Map.

If this was an attempt to gain publicity, it was massively successful: There are no less than 242,000 Google results for “sarah hanson senior living map,” many of them stories about how she crowdsourced her startup funding.

So if the original story is accurate, I ask Sarah Hanson to please stand up … and take off the mask. As you said in your first email to me, the beauty and power of the Internet is amazing.

Just not always the way we hope it would be.