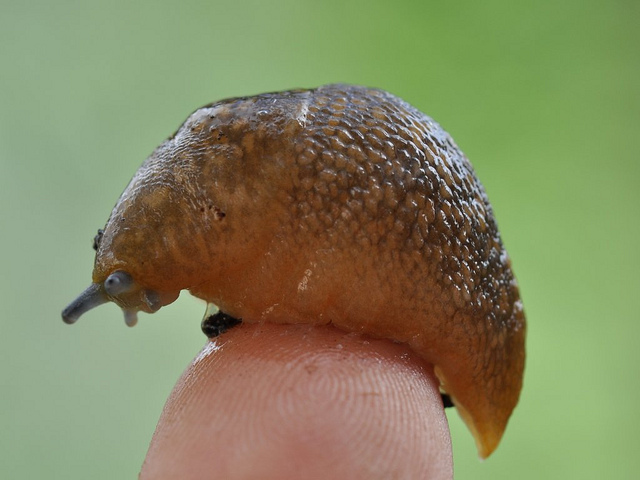 If the venture capital community’s New Year’s Resolution was to be more active, it needs to try a little harder.

A report issued by venture capital research firm Pitchbook found that deal flow continued to decline in the first quarter of 2013. With $6.3 billion across 753 deals, it marks the lowest quarterly totals in more than two years.

“At this time last year, the venture capital (VC) industry looked poised for prolonged growth,” the

report said. “Deal-making was steadily increasing quarter-over-quarter — reaching all-time highs in both 1Q and 2Q 2012 — and fundraising was also on the upswing. Investors let off the gas in mid-2012, however, and have coasted along ever since. To that end, 1Q 2013 marked the third consecutive quarter of declining deal activity.”

Pitchbook also found that exits hit an “abysmal” four-year low. Furthermore, the number of early stage investments shrunk by 8 percent as compared to the first quarter last year, and the number and value of late stage deals declined as well. Angel and seed round investments, however, expanded from 24 percent to 29 percent of total venture capital deals, and late stage financings are growing as a proportion of overall venture capital activity. This data speaks to the much-discussed “Series A crunch,” because it presents the bottleneck forming between angel and seed rounds and early stage deals.

PricewaterhouseCoopers and the National Venture Capital Associate had similar findings in the MoneyTree report, based on data from Thomson Reuters. Both reports found that software was a “bright spot,” with deal volume and capital increasing in Q1 2013 by 8 percent from the previous quarter.

“It was not unexpected that the levels of venture capital continue to decline as the industry continues to go back to where it was in the early ’90s,” said Tracy Lefteroff, the global managing partner of venture capital practice at PwC, in an interview. “It was a pleasant surprise to see a software uptick in dollars and deals. This is reflective of the returns environment right now. Money follows returns.” 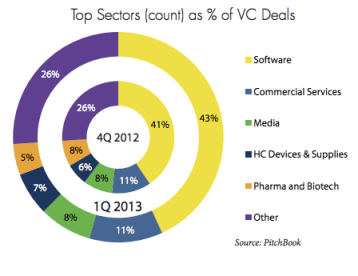 Lefteroff said this explains why the life sciences and clean technology sectors continue to decline. These sectors are capital-intensive, whereas software and IT are more capital-efficient and often have shorter timelines for a liquidity event. The number of IPOs and mergers-and-acquisitions for clean tech or life sciences companies remains low. Investors are more reluctant to put their money into these areas, particularly since venture capital is going through a “contraction phase” and firms are struggling to raise new funds.

“If stock earnings and the stock market continue to hold up, we could see some general improvement in amount of venture capitalists being put to work,” Lefteroff said. “If we continue to limp along and have disappointments from a recovery standpoint, it is still going to be a tough environment. This isn’t a collapse in the industry by any means, there is a very significant role for venture capital and will continue to be, it’s just at what dollar level are people going to participate in the amount of funds allocated to these sectors.”

Eleven of the 17 MoneyTree sectors declined, however Pitchbook found that the median deal sizes have increased or remained steady, and valuations have seen steady growth since 2011 in all stages of the company lifecycle. Some of the more notable seed and angel deals from the first quarter were Virool, BlueData, and Blaze Bioscience. Among early stage deals, Pitchbook identified Leap Motion’s $30.8 million Series B and Warby Parker’s $41.5 million as significant. Airwatch, Pinterest, SevOne and Acifio ranked him for late stage deals. MoneyTree also cited LivingSocial, Nest Labs, and AppNexus as making “top deals” last quarter.

Accelerator and seed fund Y Combinator and 500 Startups were the most prolific angel/seed round investors in the first quarter, making 19 and 18 deals respectively. Bessemer Venture Partners, First Round Capital, Kleiner Perkins Caufield & Byers, and New Enterprise Associates made the most early stage deals, and Intel Capital led the field for late stage deals.