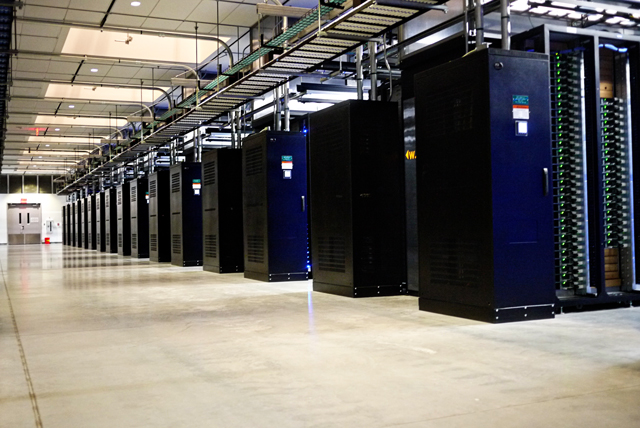 Your Facebook photos and likes may just be headed to a new home. Facebook is reportedly opening a new, $1.5 billion data center in Altoona, Iowa, according to The Des Moines Register.

The data center is slated to be 1.4 million square feet, compared with the company’s already enormous 300,000 square foot Prineville, Ore. facility, according to “lawmakers” who spoke with The Des Moines Register anonymously. Facebook has two other existing data centers in Lulea, Sweden and Forest City, N.C. Sweden’s bit of Facebook is much smaller at 62,000 square feet.

The lawmakers went on to say that Facebook may ask for tax credits for using wind energy, which is increasingly becoming a preferred method of green energy. The social network prides itself on the energy consumption levels at its Prineville center, saying it hits the Department of Energy’s gold standard for data center energy “power usage effectiveness.”

Whether Facebook receives this tax credit will be up to legislators, according to the lawmakers.

Construction on the data center will reportedly happen in two segments. Facebook apparently plans to spend $500 million on each phase. It seems the state was in competition with Nebraska for the Midwest data center.