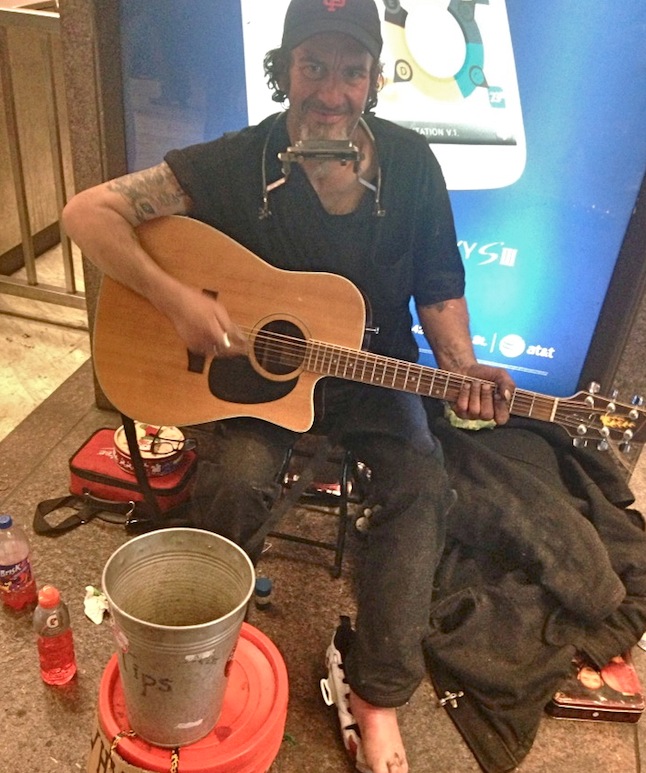 San Francisco is teeming with tech entrepreneurs who want to save the world but who’ll pass by the homeless person on the street without a second glance.

Doniece Sandoval, a Bay Area tech entrepreneur, is not one of them. Her latest trick? Turning retired city buses into mobile showers for the homeless. The initiative, known as Lava Mae, is a response to a desperate need in the city. According to the most recent count, more than 6,500 homeless people sleep on the street or in shelters in San Francisco, and there are only eight shower facilities specifically available to the homeless, and most of these have just one or two stalls and aren’t open every day. 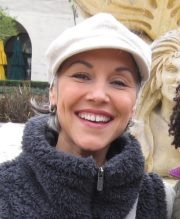 Above: Doniece Sandoval is working part-time to convert MUNI buses into shower facilities

It all started two years ago when Sandoval hopped in a cab after a meeting in the south of market (SoMa) district of San Francisco, which is primarily inhabited by startups and the homeless.

“My driver turned around and said, ‘welcome to the land of broken dreams.'” Sandoval  snapped out of her reverie and started to really look at the people around her.

“The woman I passed was crying and saying that she would never be clean,” Sandoval recalled, her voice cracking. While this sentiment might have multiple layers of meaning, she took it as a sign that she should focus on the issue of hygiene, one of the most pressing needs in the homeless community.

After mulling it over and doing some research, Sandoval hit on the idea of a mobile unit that could be outfitted with shower facilities. Access to water and sanitation is a basic human right, so as a short-term solution, why not put a shower on wheels?

The project has been several years in the making — and still won’t be operational for several more months — as it has not been easy to get the city’s regulators on board. “There have been a lot of uphill battles,” Sandoval admits. But she has reached an agreement with the transit authorities, which will donate the buses being retired in the next four years. The buses will tap into fire hydrants wherever they go, an ideal water source.

Project Homeless Connect, the Bay Area group that is on a mission to improve communication among service providers, has agreed to support Lava Mae. Once the basic need for sanitation is met, the hope is that San Francisco’s homeless will be better-equipped to find long-term jobs and other opportunities.

A broader goal is to shine a light on the real face of homelessness in San Francisco.

“You would be shocked at how many well-dressed people there are sitting next to you in San Francisco coffee shops who don’t have a place to live,” said Marc Roth, an entrepreneur who lived in shelters, in his car, and on the streets until the day he walked into TechShop, spent on his last cent on manufacturing classes, and picked up a soldering iron. Roth is now thriving; with a newly funded business (a laser company), he’s a living testament that the right program can make all the difference.

Likewise, Sandoval is no stranger to entrepreneurship. She’s the founder of StartHereSF, and currently works for Zero1, an art and technology network. She believes San Francisco’s residents have a real opportunity to use their unique talents for good.

Her plan is to provide 100 to 200 showers each day, as well as a private changing room and bathroom facilities. To ensure the process works seamlessly, she is working with a design firm on the prototype for the first bus.

“We will start with one bus, but will share this idea with communities across the country to make a difference on a national-level,” she said.

Work in tech and want to help? Attend the next SF Homeless Innovation Meetup on May 1.

Kevin playing the guitar at the Embarcadero BART // image via Christina Farr, VentureBeat