Austin Hallock is CEO of Clay.io, provider of developer tools and distribution for HTML5 game developers.

I am often asked: What the are the best HTML5 game engines? The most popular HTML5 games to date? The best libraries for HTML5 games? I have answers for those questions, but until now, I had just based them on educated guesses, not raw metrics.

To get a more concrete overlook of the HTML5 gaming industry, I built a spider that crawls the web in search of HTML5 games. Right now, it has found 1,319 games, and there are likely to be many more that the spider wasn’t able to find. To make it easier on the bot, it’s looking for <canvas> games rather those that use the DOM. These are also just the games that are on the web — many HTML5 games are only available on the iOS and Android App Store or just the Windows App Store.

Here’s what the spider found.

The 10 most popular HTML5 games

For each HTML5 game, tweets and Facebook likes are tracked to determine the list of most popular. Here are the top 10:

If we look at all games, an overwhelming number were built with Construct 2* (52 percent). Narrowing that down to the top 250 games, top 100, top 50 and top 10 (based on popularity) results in a more reasonable distribution.

GameMaker and Construct 2 lower the barrier to entry for developing games — you don’t need to know JavaScript to do so, which is why you see each of these with a large number of overall games but also a large drop-off once it’s narrowed down to just the most popular. ImpactJS has a higher percentage of “quality” games, but both Construct 2 and ImpactJS have produced roughly the same number of top 50 games. See This Is Not Sparta for an example of a Construct 2 game, and Z-Type for an ImpactJS game.

Some game companies that have raised large rounds of capital are notably missing from this list: GameClosure and GameSalad. This is because they primarily focus on the mobile market and release games that are developed with HTML5 tech in the various native app stores.

Great things are on the horizon for HTML5 games: Firefox OS, WebGL in IE11, and continued improvement of JavaScript engines (especially on mobile). It’s still a wide open market, and we should start to see more of a land grab — both for tools and distribution — in the coming months.

* Construct 2 and ImpactJS both have active forums where members show off their games, which is likely why more links were found. Scirra (developers of Construct 2) also has an arcade on their site that hosts just Construct 2 games, again skewing the results for all games. These results are not perfect by any means.

** Clay.io is both a marketplace and API, so naturally, many of the games on the marketplace use the API (though neither is required for the other). Same goes for Kongregate.

Full disclosure: I am a co-founder of Clay.io. We’ve tracked that 550 games have used Clay.io — some of those are test games, but you can see that a large number of games were missed by the spider. 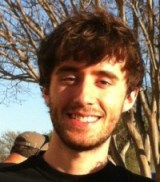 Austin Hallock is the 21-year-old cofounder and CEO of Clay.io, a platform for HTML5 games that provides high level tools to developers and a marketplace that works on any device. Despite his young age, he has still managed to rack up 9 years of web development experience. Prior to Clay.io he worked at Vigil Games, a triple-A game developer, and IntenseDebate, a blog commenting solution that was acquired by Automattic.