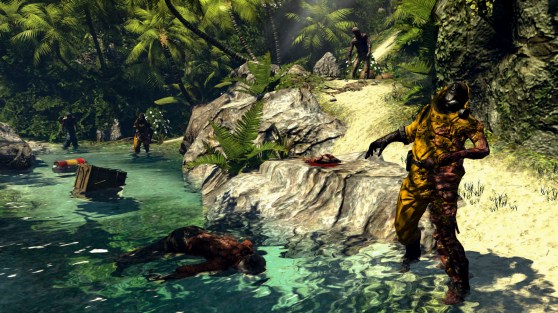 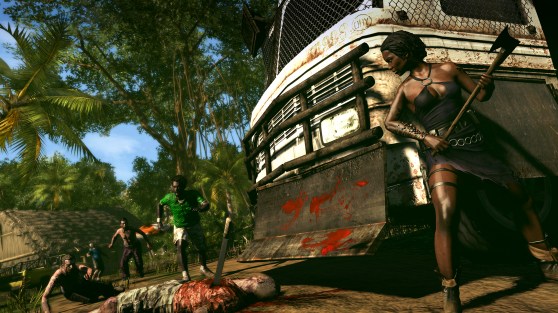 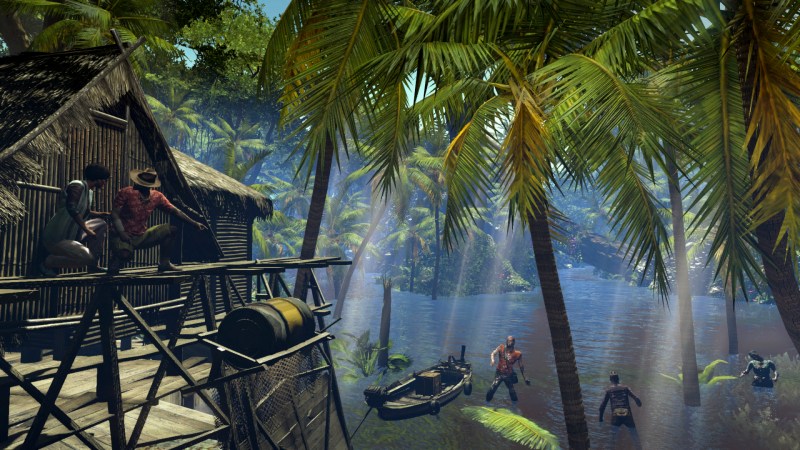 Above: Take in the beautiful sites of Dead Island! 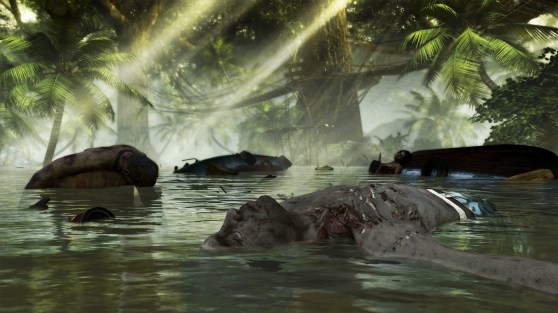 It’s derivative of far too many things
The biggest problem with Dead Island: Riptide from a creative standpoint is that barely any of it feels original. Some of this is endemic to the zombie genre as a whole, but that’s not so bad (considering I put it in the “What You’ll Like” section up there). When you start to break down Riptide into its individual components, however, you’ll notice that almost all of it feels like something you’ve seen in any number of recent games. The setting — at least the early jungle section — is straight out of Far Cry 3. The role-playing inspired combat and player progression are just like the ones found in Borderlands. And searching through every open container for rubber hoses and nails felt very reminiscent of BioShock, even if those hoses and nails serve more of a purpose in Riptide.

This is all in addition to the fact that Riptide prominently features one of the most overused enemies in modern pop culture. A reason that these undead brain-eaters are so popular is that they’re perfect for even the least clever of metaphors. I read the original Dead Island’s resort setting, for example, as a critique on consumerism or attitudes behind tourism, but Riptide doesn’t feel the need to say anything like that. While the combat is consistently fun, the enemies you’re killing are just as consistently uninteresting. It all seems like a waste of an opportunity to do something smart with its antagonists. Riptide stands on the backs of all of these popular games that came before it, but it doesn’t use that platform to do anything that feels new. 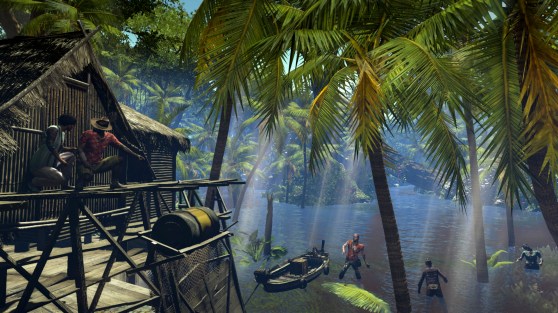 Can you go fetch something for me?
When the zombie apocalypse hit and the dead started to walk around and eat people, who could’ve predicted that the worst part of this crisis would be everyone’s complete inability to do anything for themselves? At least that’s the case in Dead Island: Riptide. People asking you to do things is pretty common in, well, every video game, but you spend far too much time in Riptide fetching canned food or electronic components for individuals. The main quest usually tasks you with investigating or clearing out areas to make them safe for you and your fellow survivors. The side missions, however, are almost all related to you doing something that another person refuses to do. A late side quest actually involves a man asking you to go to his house to find his wife, then going to her parents’ house to see if she’s there, and then walking all the way back to your camp to tell him that you couldn’t find her. Fetch quests are a lazy way to give players something to do, and even if sending one guy out to find something is sort of thematically appropriate in a zombie title, it’s still not a particularly fun or interesting use of a player’s time.

It’s missing a layer (or two) of polish
Riptide certainly looks pretty, but it’s not enough to cover up some rough edges. Anecdotally, I hit a glitch early on that cut out all audio until I rebooted my system. Also, my Xbox completely crashed in the middle of a big fight near the end. Those are just hiccups, and they’re excusable. What’s not, though, are things that are simply poorly designed, like the respawn system. When you die in Dead Island: Riptide (and if you’re like me, it’ll happen a lot), you start back somewhere near where you went down, but several times throughout the campaign, the game decided to respawn me in a location I hadn’t been to or knew how to get out of. That meant I had to fight my way back to where I had died just to figure out where I was trying to go.

Unfortunately, too many things in Riptide just feel poorly designed. For example, you can’t look behind you while driving a car in reverse or look anywhere but left and right while climbing a ladder. The game is missing that extra bit of attention that would’ve cleared up issues like this. These problems aren’t terrible or game breaking, but when everything adds up, Riptide looks sloppy. This is a shame because it really is quite nice to look at. 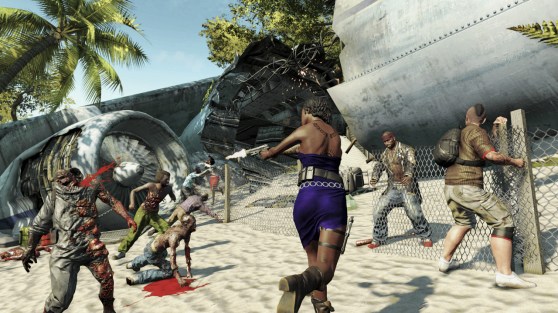 Bashing in rotting skulls has probably never been more satisfying than it is in Dead Island: Riptide, especially when you do it with friends. But the rest of the game simply doesn’t hold up. You spend too much time running arbitrary errands for other people and wrestling with some of the release’s rougher edges. That brings the overall quality of the experience down, but it doesn’t make killing the living dead any less fun. In the end, though, while Dead Island: Riptide serves the zombie genre well, it doesn’t do anything new with it. You’ve killed a million enemies like this before, and the only real differences this time around are aesthetic. The developers at Techland are adamant that Riptide is more of a spin-off than a true sequel, so maybe next time they’ll find some brains for this undead series.

Dead Island: Riptide releases on April 23 for the PlayStation 3, Xbox 360, and PC. The publisher provided GamesBeat with a copy of the 360 version for the purposes of this review.