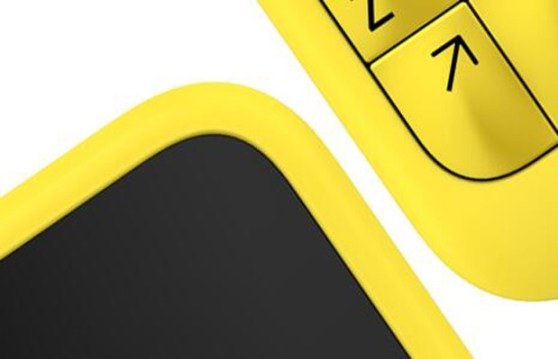 The smartphone market may have largely left QWERTY keyboards behind, but companies like Nokia and BlackBerry aren’t so eager to follow suit.

Nokia is teasing the announcement of a new keyboard-equipped smartphone, the details of which are at the moment completely nonexistent. We do know, however, that Nokia plans to announce the device this Wednesday at 7 a.m. GMT (3am ET), which certainly hints that this will be a device aimed at Europe and not the U.S (sorry, guys).

Of course, the inevitable question when any company announces a new QWERTY phone nowadays is this: Will anyone buy this thing? Perhaps. As the buzz around BlackBerry Q10 has shown, there are still lots of people who are into phones with physical keyboards, even if they’re far outnumbered by those that aren’t.

But while the QWERTY market is still significant, what’s probably not significant is the number of QWERTY fans who are into lemon-yellow phones — which could be bad news for whatever it is that Nokia is teasing in the photo above. Let’s hope Nokia also release the device in more muted hues as well.