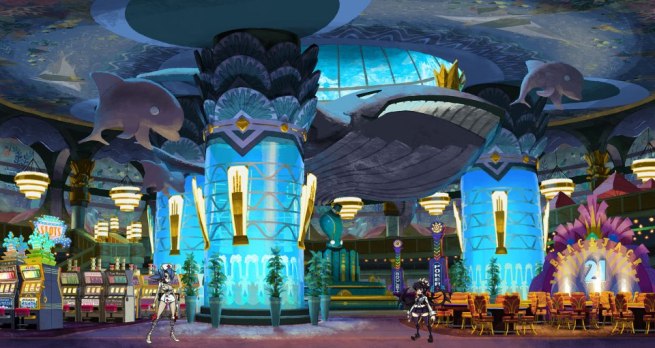 Fighting game Skullgirls is a crowdfunding legend. Developer Lab Zero Games took the 2D fighter to the Indiegogo funding platform and asked fans to chip in so the studio could create new downloadable characters. The effort ended up raising more than $829,000.

Earlier, the developer was facing new problems in the form of PayPal, as first reported by Eventhubs. The money-transfer company, which is handling over $700,000 of the user contributions, froze Lab Zero’s account last week. It worries that a large number of backers could demand chargebacks (in which PayPal puts the money back on the customer’s credit card) if their favorite characters don’t make the final DLC character roster.

“Whee! Paypal’s freeze on our account is making it so that I can’t pay people today,” Lab Zero chief executive officer Peter Batholow wrote on gaming message board NeoGAF. “I am pretty fucking pissed. I sent them all the documentation they asked for last night, hoping it would be resolved today, but didn’t hear anything back.”

As frustrated as Bartholow is, he does understand PayPal’s position.

“I think it’s sketchy, but their logic sort of makes sense,” wrote Bartholow. “Basically, they are terrified of chargebacks. If we spend all the money and don’t deliver and everyone [requests] chargebacks, PayPal is concerned they will be on the line for [the money]. So, they are effectively treating it as a loan. I mean, the guy flat out said: ‘Until the threat of chargebacks has passed, PayPal is effectively financing your development.'”

PayPal asked Lab Zero if it was good for the $700,000 if a wave of fans demand refunds.

“I said no, because, well … we’re not,” said Bartholow. “The whole point of crowdfunding is to give us the money to develop stuff — not to take out a loan.”

That changed this afternoon as PayPal shifted its position on Lab Zero’s account.

“Paypal called me today to inform me that the restrictions on my account had been lifted, so I can get back to paying our contractors today,” Bartholow told GamesBeat.

While PayPal unfroze the account, the financial company is still holding $35,000 “as collateral.”

“I think this is still pretty sketchy and have filed a complaint with the Consumer Financial Protection Bureau, so hopefully that will become unrestricted in the near future. But now that we have unrestricted transfers on Paypal again, we shouldn’t need that money anytime soon if they can’t be convinced to release it.”

Lab Zero Games is holding a fan vote to decide which characters will make the expanded roster. Some gamers are threatening to pull their contributions if the characters they want don’t win those votes.

Bartholow says that they haven’t even seen one confirmed chargeback yet, but the threat from fans is still scaring PayPal. At the same time, the studio head also confirmed that they won’t delay development because of PayPal.

“It’s likely a vocal minority, but it’s still something we’d like to address, if possible,” wrote Bartholow. “We did this because we thought it would make people happy and excited, and we would rather it stay that way.”

Bartholow asked fans what they want him to do. That included the possibility of abandoning the user vote and having the development team pick a character. Vocal fans quickly shot down that idea. Voting continues on the game’s Facebook page.