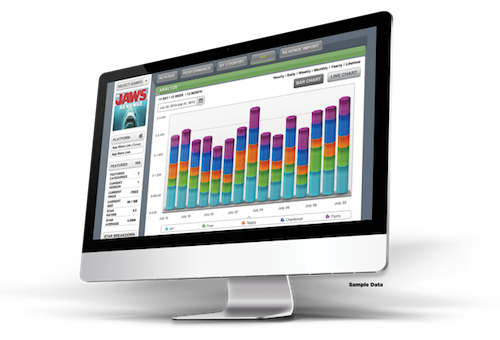 This sponsored post is produced by Elizabeth Priestman, CMO of Fuse Powered.

If you’ve ever worn the hat of “user acquisition” manager, you’re already familiar with the challenges and complexities of acquiring players for mobile games. When it comes right down to it, there are only three ways to acquire players; 1) they respond to your marketing campaigns (paid), 2) they discover you in the store (organic) or 3) they hear about your game from their friends (social).

All players, however, are not equal. To develop profitable acquisition strategies you need to know the source and quality of your players. Value of players is determined by their level of engagement, willingness to bring more players with them, and ultimately, monetization.

More often than not, the highest quality players will come from social acquisition – friends of your existing player base. Including features that encourage players to bring others into your game is key to generating virality. Of course you have to build an enthusiastic initial player base in your game before you can expand your audience.

The organic installs generated as a result of a high rank or feature in the store is the best way to establish an initial base of high quality players. In order to achieve a high rank you have to run marketing campaigns to acquire a high volume ‘burst’ of players in a concentrated period of time, or have an incredibly popular game everyone loves and wants to download. It’s difficult to predict the latter.

No matter what your strategy, it is critical to know what your players are worth, not just overall, but by source, so that you can continue to optimize your strategy and grow a quality audience as cost effectively and profitably as possible.

For the purposes of exploring the value of acquired players, this article will focus on the valuation of players secured through marketing campaigns, paid and unpaid.

Mobile gaming is one of many industries that leverage performance-based marketing. The acquisition of players is generally priced on a cost per acquisition model, most often referred to in the gaming industry as, “cost per install” or “CPI.” Cost per install rates vary greatly, largely because of the variance in quality and volume of users any given source provides. The primary factor in cost is whether players are being acquired through incentivized networks versus non-incentivized networks. Incentivized networks are traffic sources that compensate players for downloading your game, usually in the form of virtual currency for other games or points that are redeemed for digital gift cards, etc.

Regardless of how you secure installs, to model the profitability of your game, it’s critical to determine the cost per install for each individual marketing campaign you’re running. This is easy when buying CPI campaigns from incentivized and non-incentivized networks because you run the campaign based on a CPI you’re comfortable with. You can set the CPI in advance of the campaign start date, or adjust the CPI in real-time as you go.

It’s important to also calculate the effective cost per install (eCPI) on both CPC and CPM campaigns. To figure out what these players cost, simply calculate the total campaign spend by the number of players acquired in that channel.

I often hear publishers say they didn’t spend any money marketing their game, they just ran a ton of click-swaps. Although many publishers think click-swaps are a free marketing option, they couldn’t be more wrong. The clicks that publishers are so willing to swap have an inherent market value, and often with click swaps the effective value realized is far less than what an open market would generate. Game publishers need to work out a relative CPI for the revenue they’re giving up since they could have sold their clicks or installs to an advertising network that would optimize their market value.

We’ll get to analyzing monetization by source in another paragraph or two, but it’s essential to evaluate how well your click-swaps monetize. Click swaps are becoming a breeding ground for unfair play. Some of the more sophisticated publishers are keen to run click-swaps but only show your ads to low-value grinders in an effort to protect their high value players. This means you are essentially trading legitimate, valuable players for those that may have little or no value to you.

The eCPI must also be calculated when advertising with any of the “daily app” promotional apps. A good rule of thumb when working with companies in this space is to demand player tracking. If they can’t, or won’t, provide any tracking, move on to other channels. Chances are they don’t have a clue how many players their promo drives to your game or if they deliver any actual value.

So here’s the tricky part, when you launch a series of concurrent marketing campaigns and your game is being downloaded by thousands of players, how do you figure out which network or marketing initiative drove each install and what the value of each install is by source? The answer is… drumroll please… “Attribution Modeling.” Attribution modeling allows mobile publishers to identify the CPI by marketing source so you can quickly and easily identify your lowest cost channels. Identifying which networks delivered the most traffic at the lowest price is one of the essential variables in your profitable game formula.

Even more relevant to figuring out CPI by acquisition source is the ability to then track and measure retention and monetization by source. With this kind of transparency, publishers can figure out the Player Lifetime Value by source. Once you’ve identified the best sources for your most profitable players at the lowest cost you can hopefully secure a boatload more and be well on your way to a multi-million dollar game by running profitable marketing campaigns.