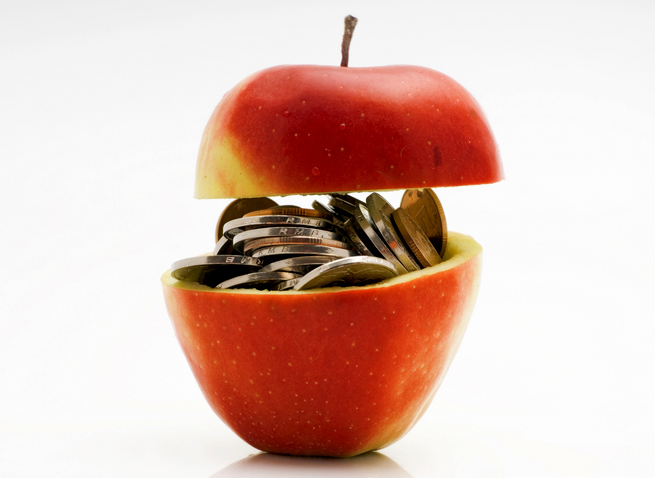 Apple plans to return an additional $50 billion of its cash hoard to shareholders in a massive share repurchasing program, the company announced today along with its latest earnings report.

Apple said last year that it would give back $10 billion to shareholders, but that has now been boosted to a total of $60 billion. Apple said that this is the “largest single share repurchase authorization in history.” It expects to complete the deal by the end of calendar year 2015.

“We are very fortunate to be in a position to more than double the size of the capital return program we announced last year,” Apple CEO Tim Cook said in a statement. “We believe so strongly that repurchasing our shares represents an attractive use of our capital that we have dedicated the vast majority of the increase in our capital return program to share repurchases.”

Apple also said it would raise its quarterly dividend by 15 percent. Today’s dividend is $3.05 per common share, payable on May 16.

Apple today announced that its Board of Directors has authorized a significant increase to the Company’s program to return capital to shareholders. The Company expects to utilize a total of $100 billion of cash under the expanded program by the end of calendar 2015. This represents a $55 billion increase to the program announced last year and translates to an average rate of $30 billion per year from the time of the first dividend payment in August 2012 through December 2015.

As part of this program, the Board has increased its share repurchase authorization to $60 billion from the $10 billion level announced last year. This is the largest single share repurchase authorization in history and is expected to be executed by the end of calendar 2015. Apple also expects to utilize about $1 billion annually to net-share-settle vesting restricted stock units.

Additionally, the Board has approved a 15% increase in the Company’s quarterly dividend and today has declared a dividend of $3.05 per common share, payable on May 16, 2013 to shareholders of record as of the close of business on May 13, 2013. Apple is among the largest dividend payers in the world, with annual payments of about $11 billion.

In conjunction with the expanded return of capital program, the Company plans to borrow and expects to announce more details about this in the near future.

Apple with coins image via Shutterstock