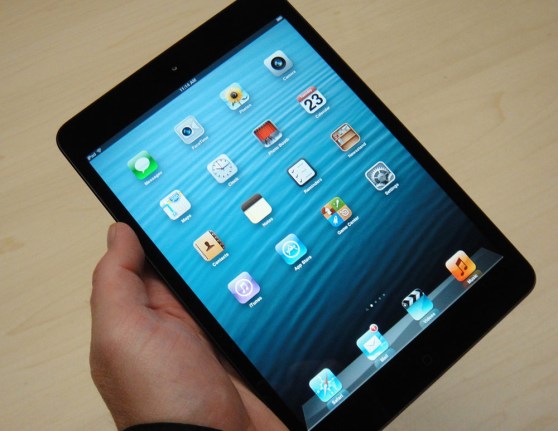 The iPad is still the king of the tablet browsing platforms. But the king is not quite as kingly as it used to be.

Apple earnings are just about to be announced for the second quarter of 2013, and analysts are expecting tough news from the iPad maker. Its tablet market share has been a major strong point, with big sales numbers and even bigger percentage shares of usage: tablets used to browse the web.

In fact, Apple enjoyed 90-plus percentage point market share of tablet usage in North America for much of 2012.

Online advertising company Chitika, which measures tablet, smartphone, and other platform usage of online ad networks, and therefore browsing share, says that iPad share in the U.S. and Canada is down based on a study of hundreds of millions of tablet ad impressions the company conducted. Which means, of course, that Android-based tablets such as Kindle and Galaxy are increasing their share.

“While Apple continues to increase overall iPad usage, it is losing share as others enter the market,” eMarketer’s Clark Fredricksen said. “Apple’s share of U.S. tablet users is expected to fall to 60.5 percent in 2013 … from 64.9 percent last year and 83 percent in 2011.”

The major downtick, Chitika says, occurred from December to January, when Android tablet sales were particularly strong over the Christmas gift-giving season. The iPad’s share of U.S. and Canadian web traffic dropped from 92 percent in October to 80.5 percent in February, before rebounding slightly to 81.9 percent in March. 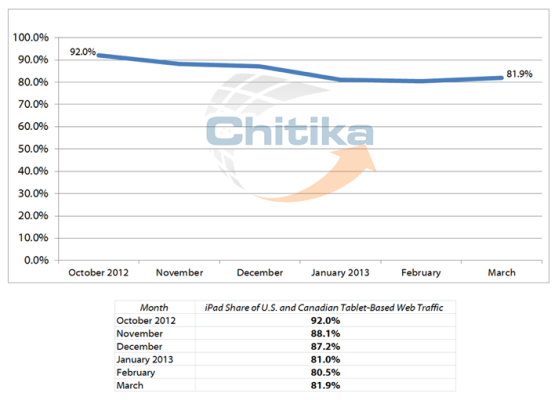 The loss in comparative browser share by itself doesn’t necessarily mean that Apple is losing the tablet battle. After all, the market is still expanding. But it does mean that Android is starting to gain some traction in what has been an extremely difficult market for it to crack.

Even with the introduction of the long-awaited and well-received iPad Mini.