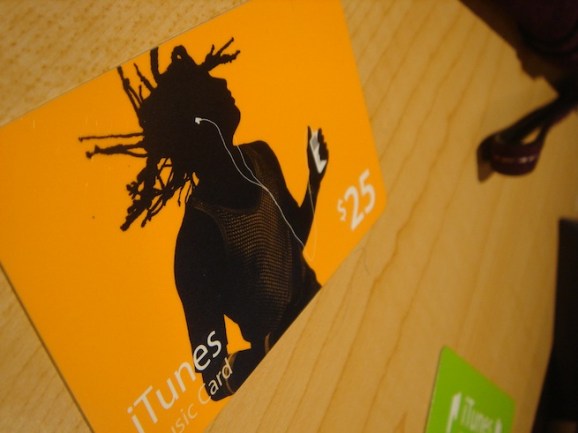 Apple’s iTunes store hit an all-time revenue high this quarter, bringing in $2.4 billion. People are supporting this by downloading hundreds of apps per second.

Apple chief financial officer Peter Oppenheimer announced the figure during today’s quarterly earnings call. He claimed that iOS App Store purchases counted for  74 percent of app store sales across all platforms. We’ve heard many times that developers can make more money building for iOS customers, and it seems customers are opening their wallets.

Indeed, Oppenheimer claims that customers download over 800 apps every second (though this doesn’t mean that all of them are necessarily paid apps). That means iOS folk download over 69 million apps every single day. While many of these apps are likely free apps, in-app purchases count toward Apple revenue as well, given that Apple takes a 30 percent cut of basically anything you sell through the App Store.

Of course, apps aren’t the be-all, end-all for Apple iTunes purchases. Movies, TV shows, and music all continue to sell as the traditional content pipelines change (especially for music). Business teams are also becoming more interested in building company-specific apps, according to Oppenheimer, who said Apple has seen an increase in iPhone usage among those companies.

Businesses currently involved in these programs include Cisco and Nordstrom.